Public does not want MQM-P to stay with govt: Bilawal 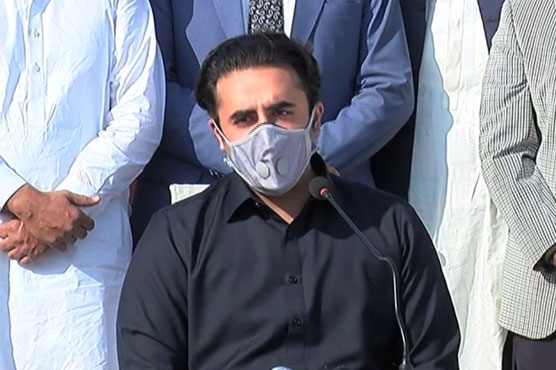 “The public does not want MQM to stay with the government for one more day,” he said while addressing the inauguration ceremony of the second phase of the Karachi Neighbourhoods Improvement Project.

Bilawal said that the PTI only came into power because of the MQM-P help, but added “that enjoy being in the government” must pay attention to the people of Karachi.

“Ask MQM-P workers what they have done for the people of Korangi so far,” Bilawal remarked. He said that the recent moves by the MQM-P have deprived the people of the port city of their rights.

“Unfortunately, those who have been elected from this city have long been part of different governments throughout history, however, they failed to get the city’s rightful share from the Centre,” Bilawal said.

He also said that the representatives of the party had been selected before he was even born.

Bilawal said that Karachi was an economic hub of the country and that improving it would greatly benefit the country as a whole. “The Sindh government is doing whatever it can to alleviate the problems of Karachi,” he added.

Last month, the PPP and the MQM-P found themselves on the same page regarding the issue of the National Census 2017, however, the latter had come under strong criticism from other parties for writing a mere dissenting note instead of ‘quitting’ the government in protest.

Bilawal had observed that the MQM-P was still supporting the federal government despite its stance on the census because it was forced to do so by “hidden powers”.