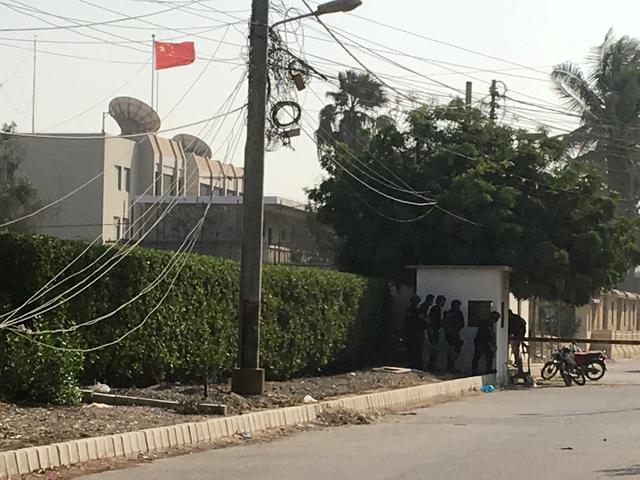 KARACHI: An anti-terrorism court (ATC) in Karachi on Monday indicted five members of proscribed terror outfit, Balochistan Liberation Army (BLA), and issued notices to prosecution witnesses and investigation officer in the case pertaining to the 2018 attack on the Chinese consulate in Karachi.

In November 2018, three militants stormed the consulate in the upscale Clifton neighbourhood, killing four people. Security forces killed the attackers who were carrying explosives. The attack was later claimed by Afghanistan-based BLA.

During the proceedings, the ATC judge read out the charge sheet to the accused who pleaded not guilty.

Two of the accused had confessed their involvement in the attack and admitted to providing assistance to the attackers.

During the course of investigations, Karachi police said the Indian spy agency, Research and Analysis Wing (RAW), provided financial assistance for the attack.

Former Karachi police chief Amir Shaikh said that the attackers came in a car filled with explosives but failed to get inside the heavily fortified compound.

“They tried to get inside, but the Rangers and police killed one of the terrorists,” Shaikh had said.

A gun battle broke out with the two other attackers trying to enter the visa section, but they were also killed.