WhatsApp policy update: an opportunity in the information age 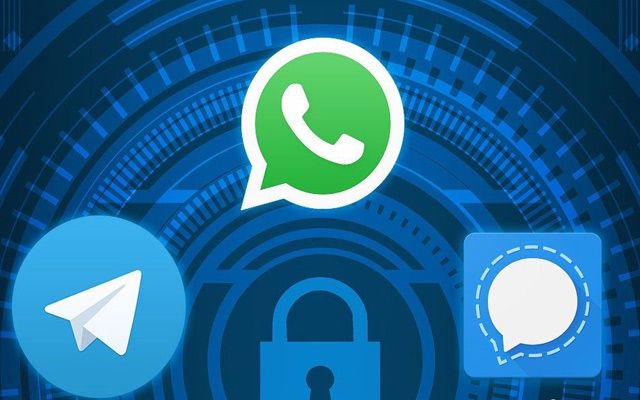 The phrase originated in the 1970s in response to television advertising. The world has ushered into a new era with the advent of the Internet, and the means of communications have evolved to alter the means of marketing and advertising.

In the digital era, the e-commerce has innovated the buying and selling of goods or services using the internet. The online transaction of data and finances has opened up new venues by bridging gaps between nations, but it has also led to emergence of fifth generation warfare: the information war.

Contrary to this, the information is used to make individuals take decisions aligned with the interests of the one pulling the strings. It is done to manipulate nations into discrediting their own institutions by creating a rift of mistrust. Resultantly, the people forgo patriotic feelings and eventually nationalistic vales are undermined, leading to invasion by foreign values.

In 2013, an American whistleblower notified the world that America’s National Security Agency (NSA) is involved in gathering people’s personal data, including that of world leaders, through numerous global surveillance programs with cooperation of telecommunication companies and European governments on the pretext of national security.

The Guardian, an American daily, reported in 2019, that Israeli spyware was allegedly used to target two dozen Pakistani government officials, including Pakistan’s senior defence and intelligence officials. These occurrences clarify that information warfare is being pursued by various developed nations for ulterior motives.

In 2018, an investigation was done by New York Times which disclosed Facebook was sharing access to users’ data with other tech firms, including Amazon, Apple, Microsoft, Netflix, Spotify and more. In the explanation give by Facebook’s CEO to US lawmakers, it was stated that it Facebook does not sell their users’ data but it does sell access to you. Facebook collects a lot of individual data – everything from email address to the level of the phone’s battery. Simply put, Facebook uses that data to make money.

In 2017, the advertising revenue generated by Facebook was around $40 billion, and in 2019, statistics revealed Facebook made $69.7 billion from advertising.

Last month, Facebook was sued by U.S government and 48 states for illegally crushing competitors and wherein the petitioners demanded the company undo its acquisition of Instagram and WhatsApp, claiming that this move had been in violation of America’s antitrust laws.

In a similar move, Facebook and Google were sued by the European Union under antitrust laws.

Meanwhile, the Pakistani government issued a notification empowered the Pakistan Telecommunication Authority (PTA) to regulate the online content on these digital platforms. The Asia Internet Coalition (AIC), in response, has expressed regret that Pakistan had not consulted the stakeholders and urged authorities to reconsider the move. Within the nation itself, the move was not welcomed by many critics of the current regime, and was perceived as an obstruction to individual freedoms.

On January 6, the WhatsApp updated its Terms of Services and Privacy Policy, and users were told to agree or to abandon use of the app. Under the new privacy policy, WhatsApp asked its users to agree in sharing their personal information such as profile pictures, status updates, account details, battery strength, mobile and operating system information, transaction details done through WhatsApp, the signal strength and the internet connection being used.

The data collected under this new update will be handed over to Facebook. The users felt betrayed and expressed their frustrations on micro-blogging site Twitter. Elon Musk, the richest man on earth, sent a tweet recommending people to use Signal, an app that protects users’ privacy. Whistleblower Edward Snowden vouched for it as well, and said he uses Signal app daily.

Following this, there was about 8.1 million users globally  downloaded Signal app, according to data from research firm Apptopia; whereas WhatsApp saw a seven per cent decline in its installs.

This drop in installs, and the criticism by its users on social media platforms, led WhatsApp to offer an explanation. In a statement on Twitter, WhatsApp denounced rumours and reiterated that user’s personal chat data will remain safe under end-to-end user encryption and only data which comes under business transactions, once allowed by the user themselves, would be shared with Facebook Inc for marketing and advertising purposes.

However, it is pertinent to mention that while WhatsApp did make claims of continued privacy on Twitter, the policy itself clearly states that information collection happens across the board and not just for users interacting with businesses on WhatsApp.

In the digital era of innovation and information, it is high time for Pakistan tech industry to step ahead and develop a platform that protects its citizens from being robbed of information.

The Constitution of the Islamic Republic of Pakistan enshrines the right to privacy as a fundamental right under article 14. The Ministry of Information and Broadcasting should encourage policy makers to strengthen the digitalisation process and develop a platform to prove an opportunities for young entrepreneurs.

Furthermore, academic circles and investors should also motivate students to pursue this opportunity and make a fortune for themselves and the national economy.

Author is an academician and teaches in Pakistan’s top varsities. His area of interest is international politics and foreign affairs.

The LHC backlog grows while a third of posts remain vacant Although it is not an amazing story that a high-chill season is at...
Read more
Comment PT

The slaughter of Hazaras: Foreign involvement?

Kulbhushan Jhadav had confessed to fomenting such sectarian violence By Ayesha Chaudhry A drastic situation was being faced by the individuals of the Hazara community...
Read more
Comment PT

Trump and his love of power

Admittedly US President Donald Trump has a towering personality very fit for his office. Over six feet tall, with an unusually large jawbone  and...
Read more
Comment PT

Will the pain never end?

The tragedy was international, not just national or local AT PENPOINT There was an element of déjà vu about the protesters in Quetta. It was...
Read more
- Advertisement -