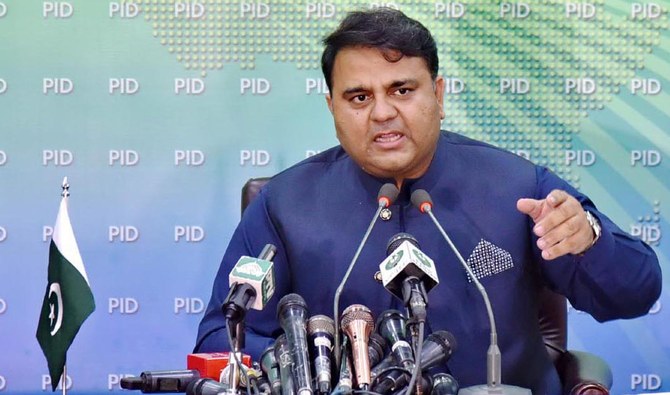 ISLAMABAD: Science & Technology Minister Fawad Chaudhry has hoped that the government would soon finalise the mechanism for successful implementation of ‘Electric Vehicle Policy for 4-Wheelers’ in the country to boost economy, reduce pollution levels and generate employment in the transport sector.

Talking to a private news channel, Fawad said there was a delay in the issuance of an ordinance but hopefully the issue would be addressed soon, adding that EV policy proposals would be presented to President Arif Alvi for final approval.

He said the PTI government was promoting the use of EVs in the country, and that people would soon be able to benefit from cheaper transport facilities under this new policy.

“The EV policy will play a pivotal role in bringing a huge change in Pakistan…changing the vehicle regime from combustion to electric will not only benefit the environment but will also bring a downward trend in prices,” he opined.

Separately, while addressing a ceremony at the Barani Institute of Information Technology in Rawalpindi on Friday, Fawad Chaudhry noted the country was building military tanks but it “hasn’t been able to assemble cars”.

“As civil-military ties have improved under the PTI regime, the government is looking to manufacture drones with the help of armed forces.”

The minister said the foundation of the modern world was not laid by politicians or clerics, but by universities, adding that the basis of development was argument and logic, besides learning from the past.

He also talked about using industrial bio-technology and agricultural technology, stressing that the country was far behind the world. “We cannot rely on selling radishes and carrots only; the agriculture sector has to be modernised.”