Interest rate likely to remain unchanged in the near term 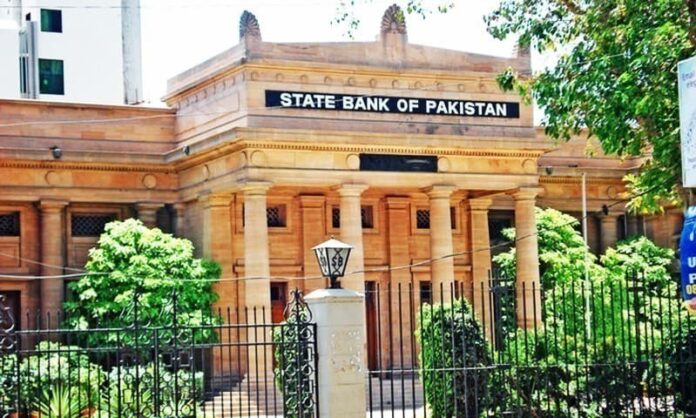 KARACHI: The State Bank of Pakistan (SBP) announced on Friday that the Monetary Policy Committee (MPC) has decided to keep the interest rate at 7 per cent.

It is a continuation of the policy from earlier in November 2020, when the central bank kept the main policy rate unchanged at 7 per cent, as “risks to the outlook for both growth and inflation appeared balanced”.

The SBP noted that since the last meeting in November, the domestic recovery has gained some further traction. Most economic activity data and indicators of consumer and business sentiment have shown continued improvement. The SBP also said that in the absence of unforeseen developments, monetary policy settings would remain unchanged in the near term.

This is the third time that the central bank has kept its main policy rate unchanged after cutting it by 625 basis points, down from 13.25pc, at the time the global pandemic hit its economy last February.

In Friday’s meeting, the SBP said that the current growth projection for fiscal year 2021, would be slightly above 2pc.

According to the SBP, inflation is still expected to fall within the previously announced range of 7-9pc for fiscal year 2021 and trend toward the 5-7pc target range over the medium-term.

“With the inflation outlook relatively benign aside from the possibility of temporary supply-side shocks, the MPC felt that the existing accommodative stance of monetary policy remained appropriate to support the nascent recovery while keeping inflation expectations well-anchored and maintaining financial stability,” the SBP said.

The SBP noted that financial conditions remain “appropriately accommodative”, with the real policy rate in slightly negative territory on a forward-looking basis. Private sector credit saw an encouraging uptick since the last MPC meeting, driven by a continued rise in consumer and fixed investment loans on the back of SBP’s refinance facilities.

The SBP was upbeat about inflation, noting that after remaining close to 9pc in the preceding two months, headline inflation fell to 8.3pc in November and further to 8pc in December, the lowest rate since June 2019. This decline is mainly attributable to easing food inflation.

“Inflation expectations of both businesses and consumers remain well-anchored and have declined in recent months. As a result, at this stage of the recovery, any further supply-side shocks from food or utility tariffs are unlikely to have a lasting inflationary impact through second-round effects,” said the SBP.

On the real sector front, the SBP noted that large-scale manufacturing grew by 7.4pc year-on-year, against a contraction of 5.3pc during the same period last year. However, the level of manufacturing activity generally remained below average levels in fiscal year 2019, pointing to continued spare capacity in the economy. Service sectors, wholesale, retail trade and transportation are expected to benefit from improvements in construction and manufacturing activity.

The SBP also noted that after five consecutive months of surpluses, the current account registered a deficit of $662 million in December.

“While remittances and exports continued to grow steadily, the trade deficit rose due to a rise in imports of machinery and industrial raw material, in line with the pick-up in economic activity,” it explained.

The SBP said that encouragingly, exports have recovered to their pre-COVID monthly level of around $2 billion since September, with a broad-based recovery in export volumes recorded in almost all categories in December. The SBP’s foreign exchange reserves have risen to $13 billion, their highest level since December 2017. The current account deficit for fiscal year 2021 is now projected to remain below 1 percent of GDP.

The SBP also said that the net FBR revenue grew by 3pc and 8.3pc year-on-year in November and December, respectively. Driven by a rebound in direct taxes and the sales tax, FBR revenue during the first half of fiscal year 2021 has grown by 5pc year-on-year to come in close to the targeted level.