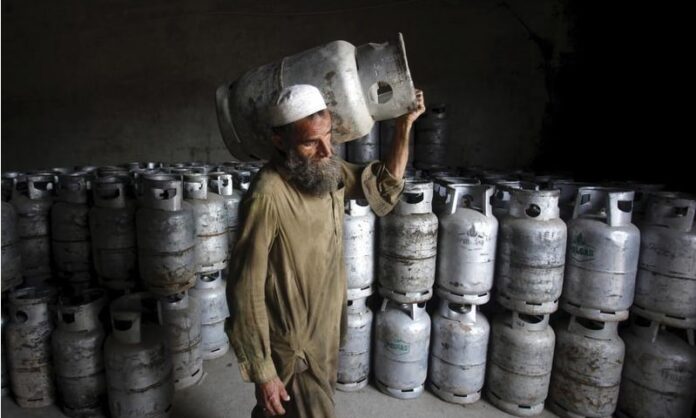 ISLAMABAD: After back-to-back increases in fuel prices, the poor consumers are now faced with another setback, as Oil and Gas Regulatory Authority (OGRA) has increased the price of liquefied petroleum gas (LPG) by Rs10.37 per kilogramme for the month of February.

“OGRA hiked the LPG price by Rs8,870 per tonne for LPG producer companies,” the notification read. “LPG price in the international market jumped to $574 against $536, causing an increase in domestic prices of LPG.”

Meanwhile, in a statement issued on Monday, LPG Industries Association of Pakistan Chairman Irfan Khokhar informed that the local LPG production stood at 735,460 metric tonnes whereas the industry imported 473,900 metric tonnes to meet its requirements in 2020.

Annoyed with imposition of levy and high rates of other taxes, Khokhar demanded the government to waive these taxes in order to provide cheap LPG to the masses in the winter season.

He stressed that the country is already facing a severe gas supply crisis as the shortfall has hit nine million cubic feet. “Insane policies and exorbitant taxes are negatively impacting the LPG industry; distributors are paying over Rs6 billion in taxes.”

Noting that the government is mulling to impose taxes on LPG imported via Taftan border, he said such an illogical move would make LPG unaffordable for the masses.

It may be noted that the federal government on Sunday had approved Rs2.70 per litre increase in the price of petrol. The price of diesel was hiked by Rs2.88 per litre; kerosene oil Rs3.54 per litre; and light diesel by Rs3 per litre for the first 15 days of February. This was the third consecutive hike in fuel prices since Dec 31st 2020.