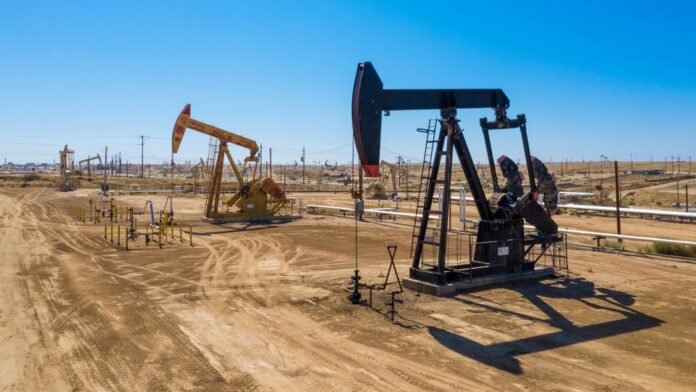 LONDON: Oil prices rose more than 2pc on Tuesday, hitting near 12-month highs after major crude producers showed they were reining in output roughly in line with their commitments.

OPEC crude production rose for a seventh month in January but the increase was smaller than expected, a Reuters survey found.

Also, voluntary cuts of 1 million bpd by OPEC’s de facto leader, Saudi Arabia, are set to be implemented from the beginning of February though March.

“With OPEC and its allies (OPEC+) endeavouring to keep global oil production below demand, we expect petroleum inventories to keep falling,” UBS said in a note.

“With inventories starting to drop in 2H20, the structure of the futures curve has shifted to become downward sloped. This is attracting investors.”

The investment bank forecast Brent would reach $63 a barrel by the second half of this year and $65 by the first quarter of 2022. Goldman Sacks said it expected the benchmark to reach $65 a barrel by July.

Russian output increased in January but is in line with the agreement on reducing production, while in Kazakhstan oil volumes fell for the month.

However, energy giant BP flagged a difficult start to 2021 amid declining product demand, noting that January retail volumes were down by around 20pc year on year, compared with a decline of 11pc in the fourth quarter.

Oil demand is nevertheless expected to recover in 2021, BP said, with global inventories expected to return to their five-year average by the middle of the year.

Helping to support prices, a severe blizzard hitting a large area of the northeastern United States is pushing up demand for heating fuel.