Govt to set up subsidiary to lease PSM, SC informed 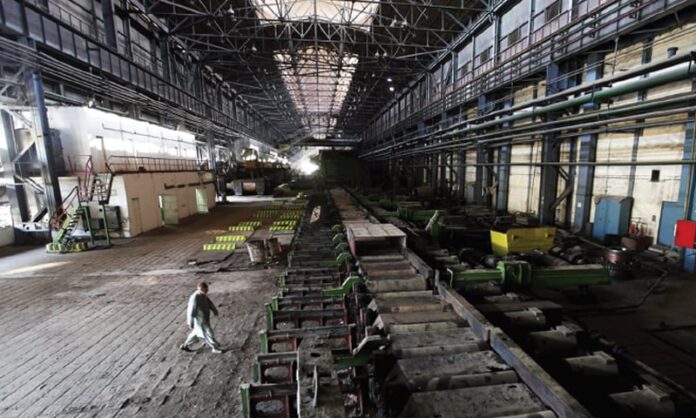 The government will most likely set up a subsidiary or a special purpose vehicle (SPV) of the Pakistan Steel Mills (PSM) by the end of February in a bid to get rid of billions in debt and other liabilities.

In this regard, Federal Minister for Privatisation, Mohammad Mian Soomro, said that this initiative would help attract capital through private investors, which would revive the bleeding mill.

He was presenting the plan before a three-judge bench, headed by Chief Justice of Pakistan (CJP) Gulzar Ahmed, that had taken up a case relating to PSM’s fate.

“Private investment would revive the existing PSM plant to its production capacity of 1.1 million tonnes per year that will be enhanced gradually to 3m tonnes per year by bringing efficient modern technology besides creating job opportunities for professional and skilled manpower,” Soomro told the apex court.

Soomro explained that the SVP scheme had been designed in the absence of working whereas the government was negotiating with several interested parties from China, Korea and Russia etc.

In response to a question, Planning and Development Minister Asad Umar said that the SPV was being created and PSM was being leased through competitive bidding in order to avoid violation of the apex court’s 2006 judgement against PSM’s privatisation.

The court was further informed that the mills require a sum of $500m to bounce back to its original production capacity of 1.1m tonnes per annum, $750m to enhance it to 2m tonnes and $900m to $1 billion to further increase the capacity to 3m tonnes per annum.

Justice Ijaz-ul-Ahsan, a member of the bench, questioned why PSM’s chairman was taking foreign trips and why the employees had been retained when the mill had not earned a penny for years, expressing concern over negotiations ending up in international arbitration like in many other cases.

Moreover, the Supreme Court appointed senior counsel Rashid A. Razvi as a conciliator to work out a workable arrangement for the settlement between the management and different workers’ unions of the PSM regarding layoff plans when the mill was shut.

The plan will be placed before the court in two weeks.

Earlier, Soomro and Minister for Industries and Production Muhammad Hammad Azhar co-chaired an important meeting to review the progress in the revival of PSM. Azhar was participating via a video link along with the PSM chairman.

Azhar was briefed about the current status of PSM. All pending issues including valuation of core operating assets and audit were discussed in detail.

The federal minister emphasised to achieve the target within the time frame and directed all concerned to expedite the process of reviving the national asset.