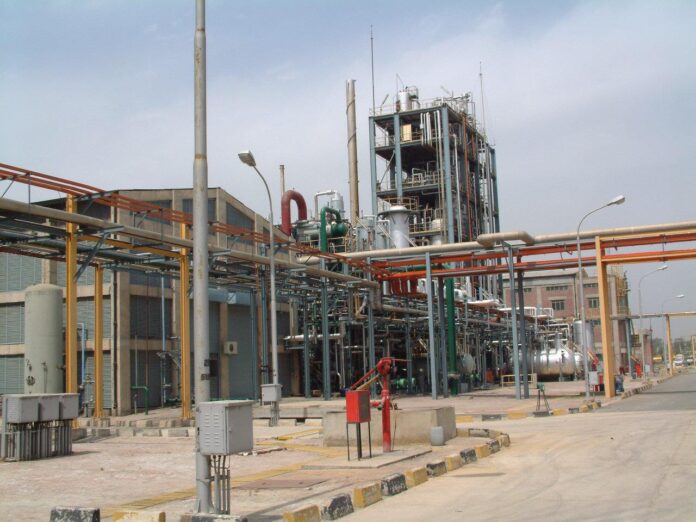 One does not exactly think of personal care products when one says ‘Nimir Industrial Chemicals’ – or really the name of any industrial chemicals manufacturer. But indeed, one could set up, say, a very nice luxury showcase bathroom using products that Nimir has a hand in. Soap? Nimir. Toilet paper? Nimir. Air freshener? Ditto. The deodorant on the counter, the hairspray – even the cleanser and moisturizer – are all formed with products that Nimir Industrials manufactures and sells.

And it is doing a pretty good job of it. That is why on February 4, 2021, the company announced to the Pakistan Stock Exchange (PSX) that its board had approved two new capital investments. The first is a new chlorinated paraffin wax plant, which will include a chlorine liquefaction plant. This will produce 30 tons a day, or 10,000 tons annually, and will cost Rs1 billion. The second is a renovation and upgrade of the fatty acid and soap noodle plants, which will increase the capacity of soap noodles by 15,000 tons annually.

The more interesting figure of the two is the Rs1 billion being spent on the new plant. But to understand why, let us first take a look at the company’s history. Nimir Industrial Chemicals is part of the Nimir Group, which includes Nemir Resins – which manufactures surface coating resins, polyesters, optical brightener and textile auxiliaries – Nimir Holding, and Nimir Management. Nimir Holding has voluntarily winded up, and its assets are now part of Nimir Chemicals; Nimir Management is designed for investment in Nimir Resins.

Nimir Chemicals was incorporated in Pakistan in February 1994, but started its commercial operation in January 2000. The company was initially involved in the manufacturing of oleo chemicals but is now also involved in making chlor-alkali. Its plant is located in Sheikhupura, Punjab.

Chlor-alkali refers to the industrial process of electrolysis of sodium chloride. Nimir’s products include caustic soda, sodium hypochlorite and hydrochloric acid. These are then used in cleaning, bleaching, textiles, water treatment and steel.

In other words, Nimir produces the precursor products to many of the home and personal care products – such as soaps, laundry detergents, bleaches, and household cleaners – that Pakistanis use in their daily lives.

It is also a far cry from the tumultuous years of the mid-2000s, when there was concern about the operations of the company and its ability to survive as a standalone entity, and the caustic soda plant still had to commence operations.

Nimir Chemicals did very well in the year of the pandemic; after all, the company quite literally manufactures the precursor to soap, the number one defense humans have against the Covid-19 pandemic. As the annual report for 2020 explained: “Nimir Industrial Chemicals Limited, being the producer of soap – an effective prevention tool against the virus, continued its operation throughout the lockdown period while adhering to the SOPs imposed by the government to ensure health and safety of the workforce. Therefore, the Company stayed resilient in its performance and posted better results on the back of increased sales and profitability during the financial year under review.”

But the new chlorinated paraffin wax plant represents a bold shift away from personal care products, and diversification into a new sector: manufacturing. The global chlorinated paraffin wax market includes lubricating additives, plastic additives, rubber, paints, and metalworking fluids. As it is flame retardant, it is typically used by the aerospace and automotive sector. The Asia Pacific region leads in the manufacturing of this wax, and this entire sector is expected to boom in the next ten years, and the Asia Pacific region develops further. Pakistan is no exception, and it seems Nimir Industries has spotted an opportunity that it can reap the benefits from for the next decade.