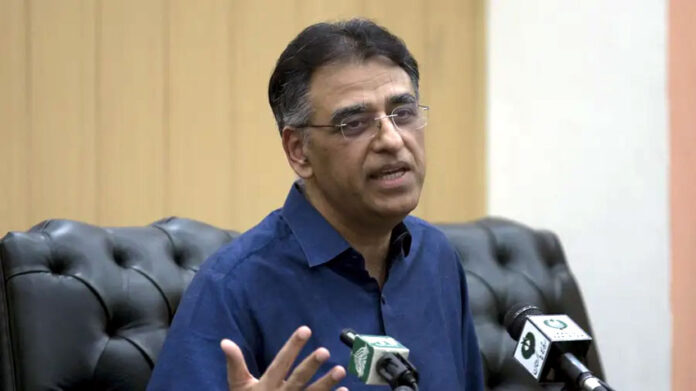 HYDERABAD: Federal Minister for Planning, Development and Special Initiatives Asad Umar has said the government is committed to finalising the development package for Sindh at the earliest.

Addressing a press conference on Saturday, the minister said that Prime Minister Imran Khan will personally visit Sindh to announce the package, which will meet the development needs of different areas of the province. He maintained that the government’s focus is to serve the masses.

“Pakistan Tehreek-e-Insaf (PTI) has emerged as popular party of the country after recent elections held in Sindh and Punjab, as Pakistan Muslim League-Nawaz (PML-N) and Pakistan Peoples’ Party (PPP) won their own seats with lower margins as compared to 2018 general elections, while PTI secured more votes despite losing these seats in the last general elections,” he stated.

Replying to a question, he said that PTI and its allies Muttahida Qaumi Movement-Pakistan (MQM-P) and Grand Democratic Alliance (GDA) are democratic parties; therefore, their members and leaders always raised questions related to party and political affairs. He said Liaquat Ali Jatoi had been summoned by party leadership to clarify his statement.

Asad Umar said in order to streamline performance of government institutions like NADRA, WAPDA, National Highway Authority, power distribution companies and other federal organisations, meetings with stakeholders are being held to deliberate on different proposals to pave way for betterment of these institutions.