'Regional connectivity and integration essential for growth and development' 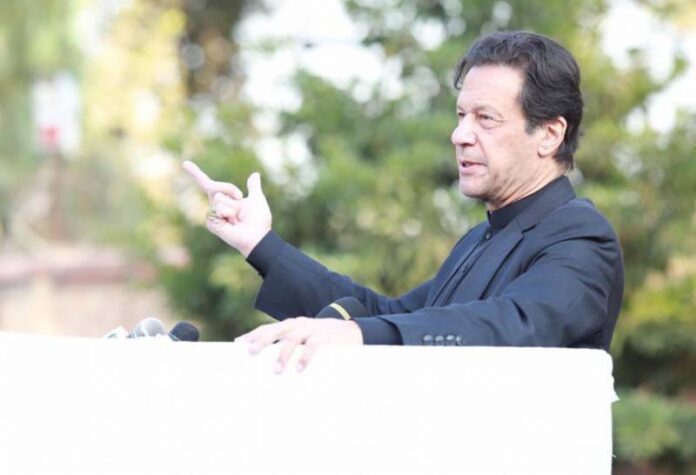 In his opening remarks at the 14th ECO summit held virtually on Thursday, he said that regional connectivity and integration have proven essential for growth and development.

Presenting his six-point plan for securing the common objectives of the ECO countries, the premier said: “We need to recover robustly from the economic and health crises induced by the Covid-19.”

He added that the countries must adopt a plan to build resilient healthcare systems to respond to such crises in the future.

PM Imran said that they must develop an integrated transport network to facilitate both intra-ECO trade and serve as a pathway for trade between major economies of the East and the West, North and South.

He highlighted the Istanbul-Tehran-Islamabad commercial cargo train and proposed that Uzbekistan-Afghanistan-Pakistan railway links are important regional connectivity projects. In addition, he said, linking the China-Pakistan Economic Corridor (CPEC) with Afghanistan and beyond is vital.

He said that “our mutual trade –  which is just eight per cent of the total trade – could be expanded 10-fold”.

To remain competitive, he said they must promote knowledge-based economies, which needs enhanced research and development and focus on rapid digitalisation.

He lauded Turkish President Recep Tayyip Erdogan, the current chair, for his timely initiative amidst the Covid-19 scenario.

Prime Minister Imran said that the ECO members states are severely affected by the health and economic crisis unleashed by the pandemic, with over 150 million people hit by the virus wherein over 2.5 million people lost their lives.

He stressed that Pakistan faced challenges during the pandemic, however, it adopted a people and poor-centric approach to balance saving of lives and livelihoods.

He said that despite the financial constraints, his government allocated an unprecedented $8 billion for the poorest and most vulnerable households through small businesses and direct handouts.

He also said that the rich countries injected 20 trillion into their economies to stimulate growth, however, the developing countries do not have the capacity for fiscal space.

Pakistan is one of the founding members of the Economic Cooperation Organisation, in addition to Iran and Turkey. The organisation was formed in 1985 from the erstwhile Regional Cooperation for Development (RCD).

As a founding member, Pakistan remains strongly committed to ECO which aims at the promotion of effective regional cooperation, with a focus on communications, trade, culture and connectivity.

The Summit is the highest platform in the 10-member ECO. The Summit meetings entail the exchange of views on regional and global issues of interest to the ECO region and a review of the progress in implementation of ECO programmes and projects.

Pakistan has been actively contributing towards the advancement of the goals and objectives of ECO, including regional economic integration.