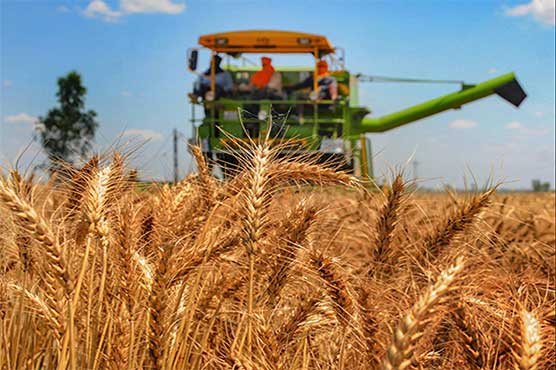 ISLAMABAD: The federal government has fixed its minimum support price at Rs1,800 per 40kg and decided to keep the wheat flour price unchanged to provide relief to consumers.

The decision was aimed at reducing the price parity of the commodity between local and international markets.

“The meeting has also decided to import about 3 million tonnes of wheat in order to supplement the domestic grains stocks for keeping the local demand and supply smoothly throughout the year,” Imam said, adding that the estimates of the import have been finalised.

He that besides importing wheat, the government would also keep 3 million tonnes as strategic reserves, adding that the increase in minimum support price would benefit local farmers who were playing a critical role in the provision of food grains to the country’s population, besides providing raw material to the industrial sector and employing skilled and semi-skilled workforce.

The minister said that local wheat output was estimated to surpass the 26 million mark during the current season as compared the last year’s output of 25.25 million tonnes, whereas the government was making efforts to enhance per-acre output and in this regard identification of quality seed was developed.

He said the release of wheat is usually suspended for one month when the procurement drive is in full swing. However, other than that, supply to flour mills would continue.

The Punjab minister said the production of wheat in the country did not commensurate with the demand. “Not a single grain of wheat was smuggled last year and the entire stock was consumed.”

Moreover, Aleem Khan asked farmers to bring their wheat crop to designated centres from where they would be paid in cash, asserting that middlemen are of no need.

He said that the provincial government is bringing reforms to eliminate the role of the middleman.