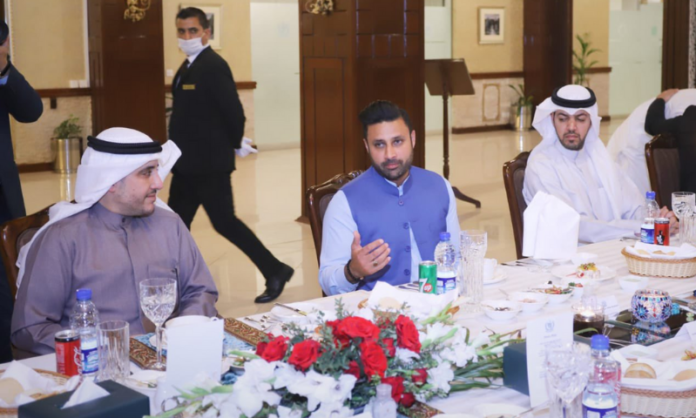 The SAPM in a tweet welcomed the Kuwaiti minister’s views on improving ties between the two countries.

Great meeting HE Dr Ahmed Nasser Al-Mohammed Al-Sabah during his visit to Islamabad.
Very pleased to hear his views on improving 🇵🇰-🇰🇼 ties. He assured me of increased participation of Pakistani skilled workforce in various sectors in Kuwait in coming times.@MOFAKuwait pic.twitter.com/C5VFnuSRUx

It may be mentioned here that President Dr Arif Alvi had invited Kuwait to benefit from the emerging economic opportunities under the China-Pakistan Economic Corridor (CPEC) by investing in various projects in a meeting held with Dr Sabah last week.

Both sides had discussed the existing level of cooperation and agreed to expand bilateral ties for the mutual benefits of the two countries.