Why is GroupM launching INCA in Pakistan?

The largest media investment company is coming for everyone. 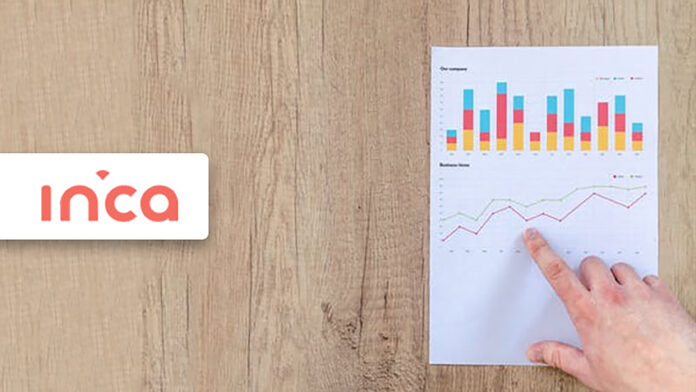 The heat is on. In light of a 2021 forecast that valued the influencer marketing market in Pakistan between $15 million to $25 million, coupled with the aggressive market entry of the AnyMind Group, and the rapid adoption of Pakistan-based Amplifyd, Bradri, DEN, and Walee, the largest media investment company is coming for 50% market share with its own artificial intelligence (AI) based data mining technology.

“Marketers, reeling from dual shocks of challenged ad visibility and challenged organic reach, have latched onto influencers the way a drowning man grabs at a buoy,” said Stephanie Liu, an analyst at Forrester. “But as this is essentially just a new kind of native advertising, it’ll have the same fate as its predecessors: breakout success in contexts where it works (like Google’s paid search ads and Facebook’s suggested posts) and invisibility or loathing where it doesn’t. These technologies will accelerate influencer marketing’s success or failure.”

In 2017, GroupM introduced an influencer marketing campaign management tool called MFluence which allowed advertisers to view a database of social media content creators (SMCC), including their self-reported audience insights, and pricing. While MFluence ended up representing nearly a quarter of the business generated by the entertainment, sports & partnerships (ESP) team, it faced multiple challenges.

In the absence of a proprietary application programming interface (API), MFluence could not bridge itself between SMCCs in order to view audience analytics in the same way that DEN reportedly can do today. In addition, the absence of a pricing benchmark meant that rates changed at whim, which does not bode well for media planners that require some leeway between research, recommendations, and client approvals.

Sources also shared that a cartel formed among large and small SMCCs that attempted to fix minimum pricing regardless of reach, engagement, and audience size. In some cases, these cartels were represented by multichannel networks or by talent agencies.

Finally, many of the SMCCs had chosen against being tax registered, setting off the task of insisting that they do so in order to be listed on the platform. This is visible in the 2017 advertising agency ranking based on taxes paid to the FBR, with digital-first PR agencies being at the bottom of the list, with advertising pundits postulating that the extent of cash-based payments and tax evasion may have much to do with it. As the SMCC landscape continues to grow and more platforms invest in SMCC acquisition campaigns & award schemes, the playing field finally places the ball back in GroupM’s court.

“Influencer marketing solutions are still an emerging category that overlaps with social listening platforms in identifying influencers and with content marketing platforms in managing and producing content with these creators,” said Liu. “As many as 100 vendors exist, and about a dozen have already folded or pivoted.”

Lessons have entered the chat

Launched in 2019 initially for Singapore, the Philippines, Thailand, and Indonesia, INCA by GroupM scours data across accounts, content, audience, and profiles to generate the right macro, micro, and nano influencers. By mid-2020, INCA was rolled out in India as well.

With sources telling Profit that the INCA team in Pakistan will be led by GroupM chief investment officer (CIO) Ateeq Ur Rehman, this has multiple implications. The first of which is that performance-related incentives will be created for SMCCs to comply with pricing benchmarks as part of a new trading model. It also means that amid SOX compliance that GroupM and all its media agencies in Pakistan need to adhere to, cash-based payments will not be tolerated nor allowed.

Finally, it means that the artificial intelligence proprietary API that bridges an SMCC and INCA during account sign up gives the media investment agency access to real-time audience insights including an understanding of true engagement rates, audience demographics, types of posts that followers organically engage on, and the extent to which fake followers or bots have been used. Pakistan-based Amplifyd, Bradri, DEN, and Walee already have these capabilities.

INCA intends to connect advertisers to trusted SMCCs and publishers such as Paperazzi Magazine in order to drive brand engagement across digital platforms. Much like  Amplifyd, Bradri, DEN, and Walee, INCA promises to help marketers verify influencers and access a campaign management process that will help improve content quality and brand safety.

“Most vendors count engagements and extrapolate from there rather than track success against real business metrics,” said Liu. “Vendors provide stories of transformative sales and business impact, but the value is not always tied inextricably to vendors’ contribution.”

In a bid to appease the risk mitigation requirement of every advertiser in the country, GroupM plans to guarantee outcomes against every client campaign using historical benchmarking, predictive performance technology, and unmatched negotiation power. With MFluence primarily focused on platforms such as YouTube, Instagram, and Twitter, sources told Profit that INCA would not likely deviate from these three too much, perhaps opting for Snapchat but not for TikTok, which is banned repeatedly for failing to mitigate unsafe content.

This suggests that GroupM will enforce its brand safety policy for INCA as well, allowing advertisers to create inclusion and exclusion lists pertaining to platforms and SMCCs as well. Of course, a win-lose meeting between TikTok reseller Jack of Digital and the CIO of GroupM could very well shift platform preferences for the long run.

Sources at Joyy Inc and Kuaishou shared that they had already begun the process of structuring master services agreements (MSAs) to make SMCCs on LIKEE and SnackVideo, respectively, preferred avenues of campaign coordination, with the MSAs too guaranteeing outcomes based on reach, impressions, and volumes.

With internal meetings viewing tools such as INCA, Amplifyd, Bradri, DEN, and Walee as channel partners, the language in the MSAs intends to reward directing client campaigns towards SMCCs on LIKEE and SnackVideo, which are currently favored by the masses according to data from Sensor Tower placing the apps on 8th place and 5th place respectively on the Google Play Store.