After Reza Baqir’s statements on CNN, Profit looks at Pakistan’s decision on launching CBDCs, and the pros and cons 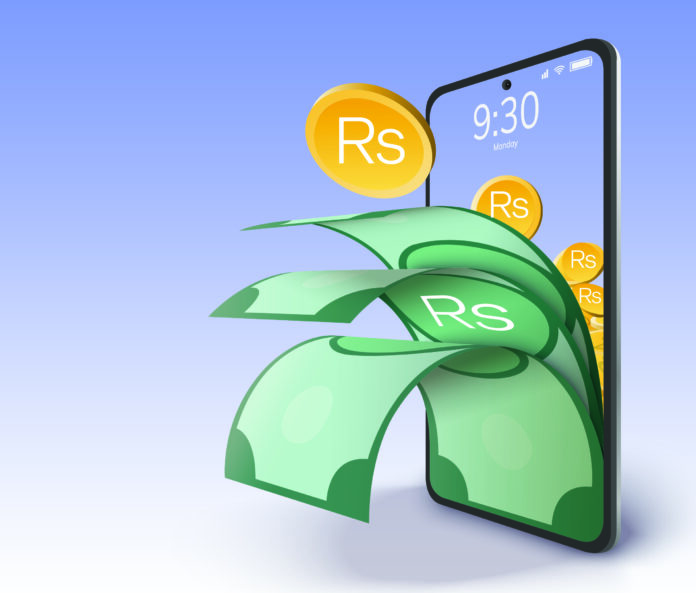 Pakistan is carefully studying the possibilities opened by central bank digital currencies (CBDCs). In the words of the governor State Bank of Pakistan, Dr Reza Baqir, and the country is “waiting to burst as far as digitalization is concerned.”

“The benefit for us is twofold: not only does [potential CBDC issuance] give another boost to our efforts for financial inclusion, but, second, if the central bank issues a digital currency it allows us to make further progress in our fight towards anti-money laundering, towards countering terrorism financing. So we are at a stage where we are studying it, we hope to be able to make an announcement on that in the coming months,” states Baqir in an interview with CNN reporter Julia Chatterley on April 8.

Baqir also comments that countries like China are showing the way for CBDC issuance.

Pakistani CBDC in the works since 2019

During the interview, Baqir also pointed out that the central bank has already given the green light for a framework within which digital banks can begin to operate in Pakistan. Neobanks, act as a challenge.

Pakistan is not the only country that is eyeing central bank digital currencies (CBDCs). In fact, China has started large-scale trials of e-Yuan and the Bahamas have already started the circulation of the sand dollar.

As per a survey by the Bank for International Settlements (BIS), 80% of central banks are exploring CBDC at some level. The BIS surveyed 63 countries, including Pakistan in 2019. This means 50 out of 63 countries are exploring CBDCs. The number has increased to 86% in 2021 with 14% working on the deployment of pilot projects, while 60% were experimenting with the technology.

What is a Central Bank Digital Currency?

Bitcoins are popularly known among the general population, however, Central Bank Digital Currencies (CBDC) is a concept not many knows of or understand.

A CBDC is also called digital fiat currency. It is a digital banknote that can be used by individuals to carry out monetary transactions.

This could range from transactions between financial institutions relating to financial markets, to something as simple as paying a shop or carrying out day-to-day business.

The money held on a CBDC app/ website or platform will be equivalent to having a deposit at the central bank.

Technological advancements and the reducing use of paper money have prompted central banks around the world to research various possibilities of introducing digital alternatives to cash.

CBDCs are the government’s way to answer the threats posed by unregulated cryptocurrencies that have been criticized in the past for their use in illegal activities and for bringing about exchange rate volatility.

Despite that, Central banks are doubtful about introducing CBDCs.

Does a Pakistani CBDC make sense?

During the interview, Baqir notes that Pakistan is a large market home to the fifth-largest concentration of people worldwide. Considering the levels of tech literacy and the population demographics whereby the youth consists of a whipping majority, digitalization has vast potential.

In addition, keeping in mind the pandemic the decision to eliminate bank fees on transfers led to a massive 150-200% increase in mobile banking transactions for the quarter ending December 2020 as compared to the last year.

However, as per Ammar Habib, an economist, CBDCs for Pakistan make little sense. “We can’t manage uninterrupted, prompt flow of payments, alias driven payments, or even internet banking.  We are yet to fully operationalise Raast, or even recognize digital currencies as legitimate.  With such weak foundations, CBDC isn’t for us yet”

Are CBDCs worth it?

First and foremost, they make the process of making payments more efficient, especially in cases where the cost of managing cash is high. This also helps improve financial inclusion because users of CBDCs do not need a bank account to hold CBDCs. Moreover, CBDCs have the potential to lower the barriers of entry for new firms in the payment sector. CBDCs also hold the potential to improve the transmission of the monetary policy as long as they bear interest. Therefore, the use of CBDCs can improve direct control over the money supply.

They have lower transaction costs. They can also provide a considerably cost-efficient alternative to cash for value storage. CBDCs do not incur costs on production, storage, transportation, and disposal.

Considering the Pandemic, a number of businesses changed their payment process to contact fewer payment mechanisms. However, the steps taken are quick fixes that do not serve the larger economy. For that purpose, the system needs an overhaul. CBDCs is an example of such an overhaul as this would serve as a system that significantly reduces the friction in cash exchanges.

While this may not be important to all, but CBDCs provide better anonymity in comparison to commercial bank card payments whilst also being legal.

Basically, with the introduction of CBDCs, there remains the risk of disintermediation of central banks. What this means is that consumers may move money from bank accounts into CBDC. However, banks are unlikely to go down without a fight. As a result, it is expected that they may raise deposit rates to attract money. The downside would be less bank credit extended at higher interest rates, which also has the possibility of propping up higher inflation.

Secondly, any weakness within the CBDC will thereby be used as a proxy to assess the central bank. For instance, if there are any glitches, cyber security attacks, or any other unfortunate circumstances, the perception of the central bank would be impacted negatively.

While this is a shortcoming and not really a disadvantage, the acceptability of CBDCs is restrained in the country that issues them.

There have been attempts made to issue CBDCs which have not been successful. Ecuador is an example. The state backed crypto currency Dinero Electronica (DE) was announced and also launched in 2014. The CBDC was designed in a way to support the country’s dollar based system rather than compete with it. The DE was pegged to the USD in the ratio 1:1. However in 2017, the Ecuadorian government discontinued the currency program as it was not able to garner considerable traction.