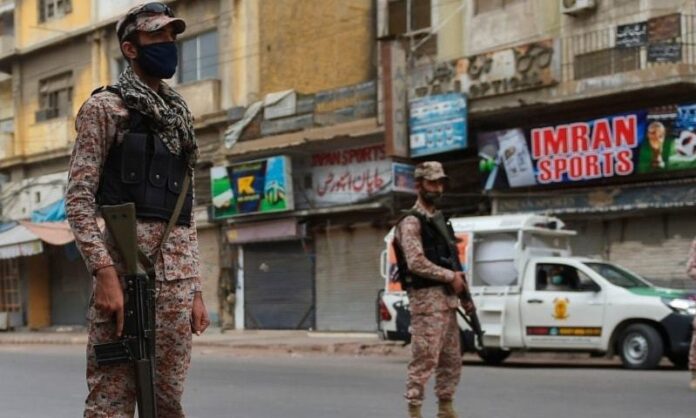 Traders have asked Chief of Army Staff (COAS) Gen Qamar Javaid Bajwa to take notice of inappropriate use of army troops for forcibly closing down the businesses of small traders by the government and warned of a protest demonstration in front of the NCOC headquarters in Islamabad after Eid.

“This is for the COAS Gen Bajwa. The army was called by the government under Article 245 to ensure implementation of the Covid-19 SOPs. But it was being used by the government to get the businesses of small shopkeepers forcibly closed which is a wrong act on the part of government,” All Pakistan Anjuman Tajran General Secretary Naeem Mir said in his video message.

“The traders especially the retailers/shopkeepers have expressed concerns over use of such a prestigious institution by the government for closing down their businesses on the pretext of Covid-19 SOPs and NCOC guidelines. If the army is used for ensuring wearing of masks by the people, controlling rush of people and getting the traders vaccinated, the traders would have appreciated it. But using army for closing down businesses is not good for its respect and prestige,” Mir added.

“We congratulate the PTI government for snatching earnings of small traders, destructing their business, weakening them economically and suppressing them. You deserve medal for doing so,” he said ecpressign sarcasm.

The trade bodies’ head further warned the government of a major sit-in and encircling of the NCOC headquarters in Islamabad after Eid. “And we will not end our protest till resignation of NCOC chief Asad Umer,” he added.