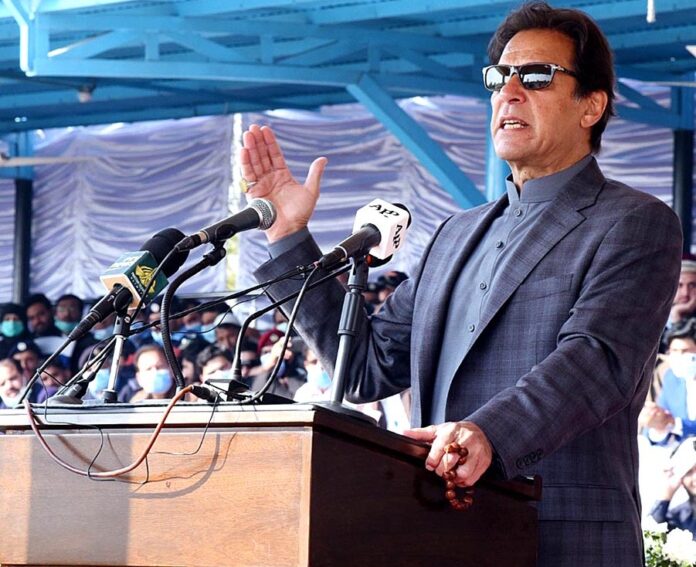 ISLAMABAD: Prime Minister Imran Khan has stressed the active participation of the private sector in the country’s development process, saying that the government is fully committed to providing a conducive environment to it.

“Keeping in view public requirements, the private sector’s participation is the need of the hour,” Premier Imran said while chairing a meeting on the Public Sector Development Programme (PSDP) projects.

According to a statement issued by the PM Office Media Wing on Monday, PM Imran was given a briefing over ongoing, completed and nearing completed different public-private partnership projects carried under the PSDP. “The Board of Investment is being fully activated to provide facilities to the foreign and local investors,” Imran said. The prime minister was apprised that work on about 50 different public-private partnership model development projects worth Rs2,000 billion under the PSDP was underway in different phases.

“A total of 35 others were in the process of approval,” the statement added. The meeting was attended by Minister for Planning Asad Umar, Minister for Finance Shaukat Tarin, relevant secretaries and senior officials. Punjab Chief Minister Usman Buzdar, provincial minister Hashim Jawan Bakht and other provincial officers attended the meeting via video link.

The meeting was informed that 14 other projects worth Rs978 billion would get approval in the next three months whereas 18 projects costing Rs1,016 billion would be awarded in the fiscal year 2021-22.

The prime minister was apprised that six more projects worth Rs710 billion would be approved by August this year. These projects in the public-private partnership models include communication, health, science and technology, social sector and other related sectors.

Under the PSDP plus strategy, a conducive environment and other necessary assistance were being provided to ensure participation of the private sector. Under the PSDP plus, 180 different venues had been identified with an estimated worth of Rs5.5 trillion, it added.

Separately, Premier Imran paid a surprise visit to the Pakistan Institute of Medical Sciences (PIMS) hospital and took a round of a Covid ward, besides enquiring about the coronavirus treatment facilities.

The prime minister asked the authorities and doctors on duty about the latest number of Covid-19 affected patients being treated in the dedicated wards and the number of daily cases.

He was apprised that a total of 121 coronavirus patients were being treated in the wards where there was a sufficient and smooth supply of oxygen. The prime minister, wearing personal protective gear, also visited the Covid ward and stressed adherence to complete standard operating procedures.

Later, during a live TV programme, the premier said that the appointment of Shaukat Tarin as finance minister is aimed at controlling inflation and increasing economic growth rate.

He said people were criticising the government every day creating disappointment despite the fact that economy of the country was stabilising. “When the economy of India and even the United States was going down due to Covid-19, we have saved both—our people and economy due to a sagacious strategy to deal with the situation,” he added.

“The government has achieved remarkable economic growth in diverse sectors,” he said, adding that through reforms the economic losses of public corporations had been reduced from Rs286 billion to Rs143bn, the current account deficit remained in surplus in the first 10 months of this fiscal year and the foreign exchange reserves of the State Bank of Pakistan (SBP) increased to $15.6bn.

He said Pakistan had immense potential in the agriculture sector and the government would announce reforms every two weeks aimed at introducing advanced cultivation techniques by directly facilitating the farmers.