Reopening of the oil depot to add 2,000 kilolitres to the country’s storage capacity 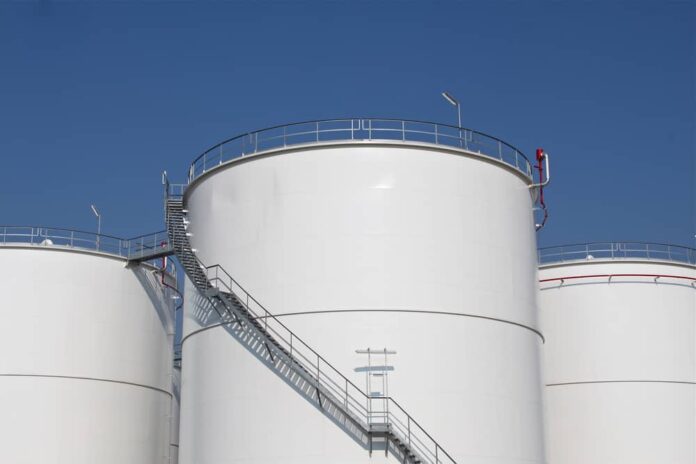 ISLAMABAD: The Economic Coordination Committee (ECC) of the Cabinet has granted approval for the reopening of the Kohat Oil Depot under the Inland Freight Equalization Margin (IFEM) mechanism.

The meeting in this regard was held under the chair of Federal Minister for Finance and Revenue Shaukat Tarin.

During the meeting, the Ministry of Energy (Petroleum Division) presented the summary pertaining to the reopening of Kohat Oil Depot.

The meeting was informed that the country required 18 million tonnes of petroleum products per annum and the requirement was met through a supply chain comprising various oil depots scattered throughout the country.

According to sources, retail outlets in the Kohat division were fed through the Taru Jabba depot located in Peshawar. The situation has further aggravated after a complete ban in February 2017 by authorities on oil tanker movement through the Kohat tunnel. Consequently, tankers have to travel through only an alternative route, Kotal Pass in Kohat, which is hazardous for heavy transport carrying flammable cargo.

According to sources, the reopening of the oil depot will add approximately 2,000 kilolitres to the country’s storage capacity, and in order to facilitate the dealer and cartage contractor community of the area, the depot can be made ready for the handling of petroleum products within the six months with an expected restoration cost of around Rs3 million.

Subsequently, the ECC granted approval to the proposal of the Ministry of Energy (Petroleum Division) for the re-opening of the Kohat Oil Depot under the IFEM mechanism.

Meanwhile, the committee also approved the request of the Ministry of Overseas Pakistanis and Human Resource Development regarding a federal government grant for pension support amounting to Rs4.52 billion. The ECC decided that the expenditure may be met from its own resources as EOBI was a self-financing entity.

The Board of Trustees of EOBI was also directed to look into other possibilities of meeting the pension liabilities.

The forum also approved the proposal of the Ministry of Maritime Affairs for the appointment of foreign engineering consultant for planning, preparing, reviewing, and updating of the master plan of Port Qasim Authority, Karachi. The ECC directed that all matters where the Authority was using its own funds, after following the standard procedures, may be decided by the Boards/ Ministries for ensuring efficient progress on important matters.

The Economic Coordination Committee also approved the summary moved by the Ministry of Energy (Petroleum Division) for the revalidation of the ECC approval for exploration activities in Block-8 Iraq by Pakistan Petroleum Limited (PPL). The Government of Pakistan allowed PPL to undertake the committed exploration activities with a minimum financial obligation of $100 million (in 2012); out of which$77.6 million have already been invested.

The ECC allowed the revalidation with the direction to the PPL board to revalidate the feasibility of investment.

Three other technical supplementary grants of Rs1.762 billion, Rs3.25 billion, and Rs7.87 billion were approved for the Finance Division for providing funds to KP and Punjab governments for strengthening hospitals and for effective response to COVID-19 and other natural calamities.