Pakistan to lag behind in smartphone usage, 5G coverage until 2025

Smartphone users in country to increase by 23pc in four years 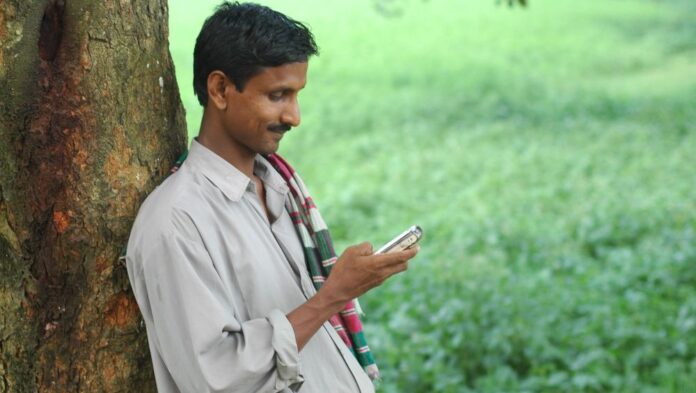 ISLAMABAD: Although smartphone users in Pakistan are expected to increase 23 per cent by 2025, the country would still be at the lowest end in terms of phone usage and 5G internet in Asia Pacific.

This was stated in the GSMA report titled “The Mobile Economy Asia Pacific 2021’ has highlighted the 5G status in the region.

As per the report up to 74 per cent of Pakistanis will use smart-phones in the next four years up from 51pc.

It may be recalled that South Korea was the first country to roll out 5G in 2018, followed by Australia, Maldives and New Zealand in 2019. This was followed by 5G rollout in 2020 by Guam, Japan, Laos, Northern Mariana Islands, Philippines, Singapore and Thailand, whereas Indonesia, Vietnam and Malaysia achieved it in 2021.

In the second wave Brunei Darussalam, India and Cambodia are set for 5G rollouts in 2022, whereas Pakistan, Bangladesh and Samoa are set to launch 5G in 2023.

The report, which does not include China, has added that more than 80pc of connections in Asia Pacific will be smart-phones by 2025 up from 68pc in 2020.

But among the list of selected 12 key countries, Pakistan was close to the tail end, just above Bangladesh and it has been projected that these two countries will not reach the 80pc benchmark.

In terms of smartphone usage, the smart-phone users in Bangladesh are likely to be 62pc against 41pc in 2020.

The GSMA has said that Pakistan’s mobile market has significant potential, but current levels of mobile internet adoption, smartphone take-up and usage of digital services lag behind those of other countries in the region.

Certain policy decisions may have hindered Pakistan’s digital development and hampered growth of the online economy.

“This is reflected by decisions in 2021 to initiate mobile-sector tax reforms and introduce right-of-way policies for infrastructure deployments,” the report said, adding that the GSMA will also collaborate with the universal service fund (USF) to reduce the digital divide and usage gap.

The GSMA has lauded the USF, highlighting that it played an important role in expanding network coverage in remote areas of Pakistan including mountainous terrains and sparsely populated areas, by awarding contracts worth around Rs85 billion during the last decade.

The report also added that by 2023, the projected economic contribution of the mobile industry in Pakistan could reach $24 billion, accounting for 6.6pc of GDP.

The GSMA has said that these efforts will help strengthen Pakistan’s economy and contribute to the realisation of SDG-9.

“Efficient and affordable ICT infrastructure and services allow citizens to participate in the digital economy, with significant impact in the areas of financial inclusion, poverty reduction and improved health,” the report said.

It said that affordable mobile internet allows more people to start realising the benefits of connectivity while also allowing existing users to utilise advanced, data-intensive technologies and innovative use cases.

“Despite this, governments in many countries are increasingly imposing taxes, both general and sector-specific, on consumers, devices and mobile operators,” the report concluded.