Pakistan may be late to the party, but that doesn’t mean it’s even close to last call 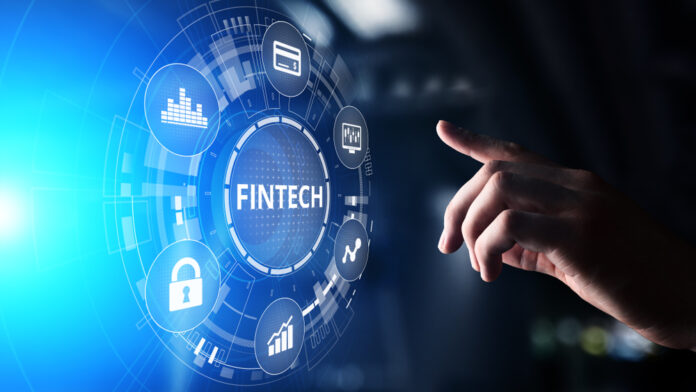 Long gone are the days where the idea of opening a bank account made you shudder with the dread of taking an entire day out to go to the bank, wait in line, sign a bunch of papers, provide what feels like countless identity card copies, and be told to come back in a couple of days to finalise your account opening and getting your cheque book. If you were lucky, your ATM card might get to you in less than a month.

But in much of the world, and hopefully now in Pakistan, a process as simple as opening a bank account will become significantly easier through the powers of fintech. The new technology can be shockingly simple. After downloading a mobile application, all you need to do is to make a couple of taps on your mobile phone to open your bank account or to pay online through your debit card instantly without leaving your house.

Fintech possesses the power to revolutionize the way we live and this is just one example of how FinTech will augment our lives. So what is fintech? It is a catch-all term for any technology that digitizes, augments and streamlines traditional financial services that has been popularised by the influx of startups trying to digitize financial services in Pakistan and the rest of the world. The basic idea behind fintech is to use technology and automation to enhance the processes involved in financial services.

Fintech is usually wrongly associated with being just “an app”. The app is simply one of the tools that fintech companies use to offer services. Fintechs consist of a wide array of activities such as money transferring through smartphones, depositing a cheque, and applying for credit through the use of digital platforms. Furthermore, the scope of FinTech’s applicability ranges from industries such as education, retail banking, consumer, and commercial banking to non-profit organizations.

The services offered by fintechs are varied in nature and are more efficient than traditional banking entities due to the use of technology in their processes. The use of technology has allowed for greater flexibility for the consumer. Transactions are faster and the use of high-level security ensures their safety. Additionally, fintechs have also played a crucial role in leveling the playing field for the underrepresented communities. The brick-and-mortar banks did not cater to such demographics but fintech doesn’t differentiate – all you usually need is a phone and the internet. It allows all customers to carry out transactions with the same ease.

Given the strides that are being made by fintechs towards financial inclusion and ease of access, the State Bank of Pakistan (SBP) is on a mission to revamp and revolutionize the financial ecosystem of Pakistan. For this purpose, the SBP has taken significant steps in the recent past. For the first time in this country’s banking history, Non-Resident Pakistanis (NRPs) can now remotely open a bank account in Pakistan through entirely digital and online processes. This is possible due to Roshan Digital Account (RDA), which features services such as Roshan Apni Car, Roshan Apna Ghar, Naya Pakistan certificates and Samaaji Khidmat. Crucially, this initiative supports investment into Pakistan’s stock market and property market, which will serve as an important driving force to augment the development of Pakistan’s economy. These steps by the regulator have proven fruitful, as funds received via RDA have grown exponentially from 7 million USD to 2+ billion USD in a span of 10 months.

As a part of the National Digital Infrastructure Development Strategy, the State Bank of Pakistan has launched a micropayment gateway called RAAST. This is a key step towards financial inclusion and will bring about seismic changes to Pakistan’s economy. Particularly, RAAST will provide financial inclusion for underrepresented and unbanked communities, a secure platform for digital payments, and will spearhead the significant transition towards a paperless, green economy. This shows that the regulator is akin to using a digital pathway for financial inclusion. These initiatives are precursors to a great future. So far, it has been a great start but it’s just a start. Pakistan is gearing towards one of the biggest changes in its history of banking.  Exciting times lie ahead.

Pakistan lags behind in tech adoption. One of the key segments happens to be fintech, which is currently a greenfield. Incumbents (Banks and telcos) have been complacent. They employ complex revenue models and have moved away from innovation. Most of the banks do not offer mobile banking. The ones that do have poor products, limited applicability, complex designs, and unreliable operations. These Banks still employ outdated systems and have failed to evolve. They have not graduated into the 21st century tech-wise. Therefore, incumbents are in a vulnerable position to lose to an innovative, challenger bank.

With a history of 70 years of Banking in Pakistan with 30+ banks operating throughout the country, brick and mortar banks have failed so far to scale up and make banking easy and available to the people. The banking sector needs a game-changer and fintech appears to be just that. Technology can scale up and fill this void. Fintech will play an instrumental role in the Government of Pakistan’s initiative of financial inclusion and digitalization of the economy.

Why hasn’t anybody solved this problem yet? Despite the complacency of incumbents, much could not be done to operate like a fintech in Pakistan before 2019. To function as a bank or a microfinance bank Minimum capital requirements were very high (50 mln USD). State Bank implemented the EMI regulation around the end of 2019 predominantly being the reason as to why fintech is a greenfield in Pakistan.

Also, the advent of tech-powered startups is a recent development in Pakistan. Furthermore, Pakistan has recently embarked on the journey towards digitalization. Revenue in the eCommerce market is projected to reach US$3,900m in 2020. Revenue is expected to show an annual growth rate (CAGR 2020-2024) of 16.3%, resulting in a projected market volume of US$7,133m by 2024 (Statista). During the last five years, significant progress has been recorded in the usage of Internet Banking and Mobile Banking channels with an annual transactions growth of 31 percent and 88 percent respectively.

Furthermore, Pakistan remains an untapped market with huge potential and promise, long ignored by foreign investors due to its poor geopolitical situation. This has stabilized and improved drastically recently.  All in all, as of now, Pakistan is the perfect breeding ground for FinTech and any early mover will capture a large market, displace incumbents and possess a unique advantage. TAG aims to fully capitalize on that. Pakistan’s delay in tech adoption has led Pakistan to become a mere spectator to success stories of fintechs around the globe. FinTechs vying to enter Pakistan only have to look at 2 FinTechs that operate in comparable economies.

Take the example of Nu. Valued at $30 billion USD as of 2021, is perhaps closest to what TAG aims to deliver. Starting by targeting 30% of the country’s population, Nu provided an e-wallet to the unbanked and underserved with 0 fees. Backed by big-league investors like Warren Buffet, Nu changed Banking in Latin America. With basic initial services like P2P payments, a credit card and no marketing, it now serves a staggering 40 million people in under 7 years since its inception. What made Nu so successful? It solved the issues of poor customer service, exorbitant fees, and lack of banking access. These issues are also prevalent in Pakistan.

India’s leading P2P and e-banking service provider Paytm is set to have India’s third-largest IPO later in 2021 valued at $ 16 billion. Offering services like QR payment, online transactions, cash in and cash out facilities all through one simple app, Paytm has been able to capture India’s ever-growing banking sector. Paytm captures the unbanked and unfacilitated populous in India and has seen exponential growth in under a decade thanks to higher mobile and internet penetration in India. Paytm is the best example of what TAG promises the Pakistani market; reliable and affordable services all at one’s fingertip. It has now expanded to diverse services such as retail and loans which makes it a market leader. One needs to only see Paytm’s success to judge TAG’s potential and what it has to offer its customers and supporters in the years to come. All this points to a real possibility that a fintech in Pakistan can not only displace incumbents but also successfully acquire the largest customer base of a bank in Pakistan

Currently, there are various fintechs that have the potential of disrupting Pakistan’s economy. Three, in particular, have been granted an Electronic Money Institute (EMI) license by the State Bank of Pakistan: TAG, Sadapay and Nayapay. TAG is Pakistan’s first all-in-one super financial app. TAG’s user-friendly interface makes it easy for a user from any gender, age and background to operate the app, navigate through transactions, monitor scheduled payments and payment history, and send and receive money. TAG offers a safe and reliable experience while being convenient and transparent. TAG’s use of cutting-edge technology makes it the best in class. TAG has been granted the approval from State Bank of Pakistan to start its pilot operations in Pakistan. TAG promises to be for the people.

TAG is reimagining the very essence of banking in Pakistan. TAG is on a mission to equip and empower the segments that have long been ignored by brick and mortar banks in Pakistan.

Facebook
Twitter
Linkedin
WhatsApp
Email
Previous articleThe seesaw of Covid-19 regulations that have pulverized the restaurant industry
Next articleCan KIA be King, or do the Big 3 have another trick up their sleeve?

“A lie can run round the world before the truth has got its boots on.”- Terry Pratchett  Organizations have to constantly deal with a myriad...
Read more