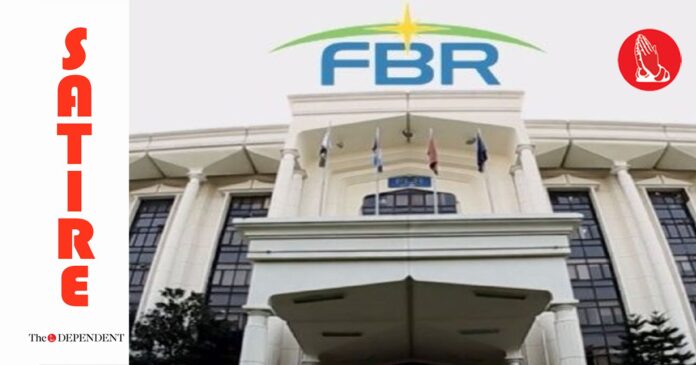 The Federal Board of Revenue has updated its cyber security system, which faced a massive hack a couple of weeks ago, up from Rs 70 pirated CD bought from Rawalpindi Sixth Road’s Dubai Plaza.

“We have moved on from such ad hoc measures,” said Syed Ahsen Raza, Member (Technology) of the FBR, while speaking at the National Assembly Standing Committee on Finance, Revenue, Economic Affairs and Statistics.

“An IT manager working for us has found an absolutely free software at pirate.boobs.mymy573.cn and after only three days we also figured out which the correct download button was,” he said. “This will save the exchequer $200, which, given how the dollar is at 168, is quite a lot.”

“Yes, yes, our data will be absolutely safe, we have made sure of that. There won’t be another hack,” he said. “I find such press reports extremely detrimental to the effective working of our organisation. Just because there is a massive hack doesn’t mean the media should go around saying there has been a massive hack. That is not the role of the media.”

The session had to be cut short as Raza had to rush to the FBR building after being informed of a massive hack of the FBR database.

Has the country finally embraced a progressive tax regime?

The budget attempts to take a step in the right direction but fails to go any significant distance.
Read more
FEATURED

The first IT sector company to get listed on the Pakistan Stock Exchange’s (PSX) freshly constructed GEM board, Supernet, concluded its book-building on Wednesday...
Read more