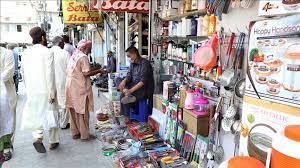 The government of Punjab has formed a five-member committee to mitigate tax-related problems of small traders and help the government in drafting a coordinated proposal.

Punjab Finance Minister Hashim Jawan Bakht and Provincial Minister for Excise and Taxation Hafiz Mumtaz Ahmed have been formed the co-convener of the committee and the secretary of Excise Taxation & Narcotics Control (ET&NC) as its secretary. Lahore Chamber of Commerce and Industry (LCCI) President Tariq Misbah and All Pakistan Anjuman-e-Tajran (APAT) Central General Secretary Naeem Mir are also members of the committee.

According to Mir, the committee would discuss in detail the three-time increase in the property tax issue and the (alleged) harassment of the Federal Board of Revenue (FBR) officials.

The report will be submitted next week to the chief minister’s office.