Taliban yet to decide currency for trade 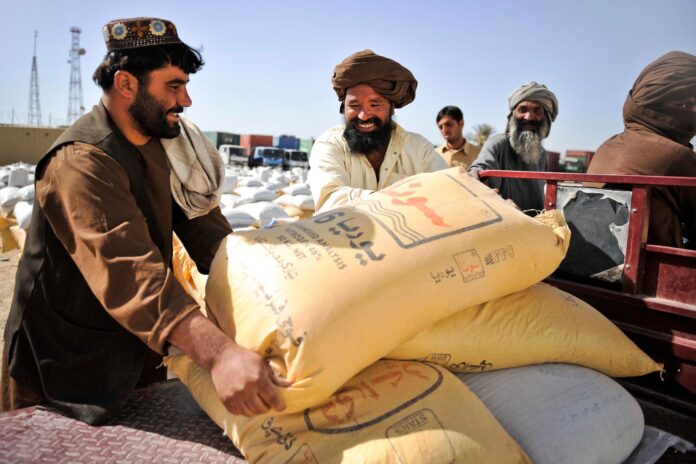 PESHAWAR: Traders in Afghanistan face difficulties to continue trade business activities because of lack of currency as the international community has withheld the assets of Da Afghanistan bank after the Taliban took over Kabul on 15 August.

On the other hand, the Taliban have also not yet decided which currency should be used for trade, which has created further problems for the traders. The exchange rate of the dollar in Afghanistan fluctuated.

The government of Pakistan announced to conduct trade with Afghanistan in Pakistani Rupees while the Taliban said in a statement on its social media that all major and minor commercial transactions in Afghanistan would be carried out in Afghan currency.

The Afghan Taliban said the country’s identity is more important and no decision will be taken that undermines the interest of the Afghan nation.

However, no new mechanism has been formulated for trade and other commercial activities. Besides this, Afghanistan and Pakistan have yet to announce a formal policy for mutual and transit trade between the two countries.

According to sources, after the Taliban took control of the banking system in Afghanistan, it is difficult for traders to trade in dollars as the current banking system is shut down.

Finance Minister Shaukat Tarin had clarified to the Standing Committee that it had been decided to conduct trade between Pakistan and Afghanistan in Pakistani Rupees.

Tarin has told the Standing Committee on Finance that there is a shortage of dollars in Afghanistan after the international community seized its assets. But the

Pakistan has also requested the world to unfreeze Afghanistan’s accounts as it can trigger a humanitarian crisis.