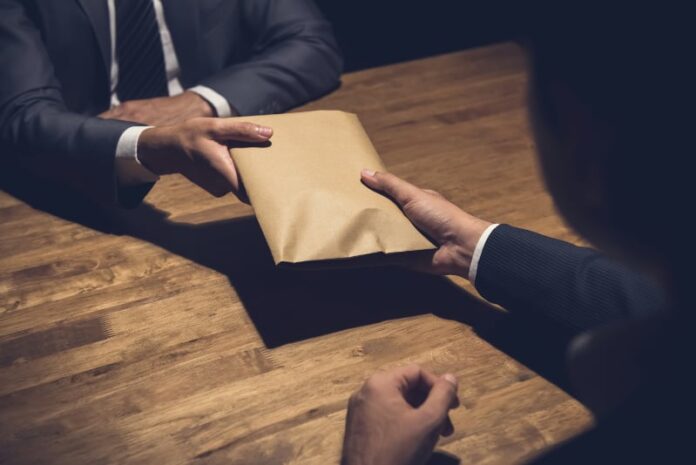 ISLAMABAD: The Federal Investigation Agency (FIA) on Monday initiated an investigation against malpractices, corruption, monopoly and issuance of bogus phyto certificates by the Ministry of Food Security and Research’s (MoFS&R) Department of Plant Protection (DPP).

According to a set of documents seen by Profit which have also been submitted to the Prime Minister office, the National Accountability Bureau (NAB), FIA and other ministries concerned, there is large scale corruption in the country’s agricultural sector which is taking place with the connivance of officials in the DPP and MoFS&R.

The documents state that the ‘mafia’, which controls all operations, remains unharmed even after complaints registered by trade bodies including the Federation of Pakistan Chambers of Commerce and Industry (FPCCI), Karachi Chamber of Commerce and Industry (KCCI) and other trade associations while importers and exporters of agriculture items are allegedly grilled and harassed on a daily basis by DPP staff both at seaports and airports.

As per details, a particular blue-eyed company has been given the contract for importing methyl bromide which is used for fumigation, while others are discouraged to participate in the business while other related agricultural contracts have been awarded to its sister companies.

“There is only one company, National Chemicals, importing methyl bromide from the USA. Though there are 54 fumigation companies that are registered with the DPP, only their sister fumigation companies namely Adeel Pesticides, Pak Pansy, Pest Management Pentagon Fumigation Services, and Tahir Fumigation Expert are importing and exporting fumigating goods and charging sky high rates,” said a letter to PM written by Ahmad and Kamran Traders (Pvt.).

It is pertinent to mention here that the company was denied the registration by DPP’s officials.

The complaint states that methyl bromide is only permitted to be used for control of quarantine pest around the world but in Pakistan, it is used blindly as it is compulsory to fumigate every good that comes to the country whether it is free from pests or not, without any justification of law.

“For instance, 95 per cent of vessels that carry oil seed from USA, Brazil and Canada are fumigated when they enter in Pakistan whereas it costs an extremely expensive process due to one company’s monopoly. All of Pakistan’s agriculture trade is at the mercy of M/s National Chemical,” the complaint states.

It has been further alleged that fumigators and relevant DPP officers issue fake fumigation certificates with exported containers citing multiple incidents in the past which prove the same.

According to details in this regard, in August, 2019, an insect was found in a container sent to Russia after which the foreign country immediately stopped importing Pakistani rice for two years. Mexico banned Pakistan’s rice from 2013 whereas Vietnam has also banned the country’s wheat for similar issues.

Similarly, the UK destroyed one consignment of bitter melon (karela) due to the presence of harmful organisms found in July, 2021 while Malaysian Quarantine Authorities had found turtles in a Potato container sent by DPP along with a fake phyto certificate.

Another allegation against Director Quarantine Sohail Shehzad states that he received hundreds of complaints from abroad which he kept deleting as he uses his personal email along with the official government email ID. He was not available for comment despite repeated attempts by Profit.

When this scribe visited MoFS&R Secretary Tahir Khurshid and brought up the above allegations, cases at FIA, NAB and grievances of trade bodies, he avoided giving a comment at first and then claimed that in order to resolve issues of higher prices of pesticides, breaking monopolies, and facilitate growers, the ministry issued a notification vide SRO.946(1)/2021, dated July 19, 2021, wherein 91 more pesticides products including methyl bromide 98%+2% chloropicrin, which were previously registered on Form-1 are now also notified on Form-16, which now enables many importers to get registered under the generic scheme now.

“Accordingly, the DPP has been directed to grant registrations of pesticides strictly as per rules. This will not only result in breaking any monopoly but also lower the price of methyl bromide in Pakistan,” he added.

The secretary further added that as he has joined only recently and would look into the issues of DPP.

However, documents available with Profit show that the notification of the said SRO was delayed by 10 months by DPP officials as it was approved by the Agricultural Pesticide Technical Advisory Committee (APTAC) on October 19, 2020, while complainants lament that the order is yet to be implemented by the ministry which means that their blue-eyed company, National Chemicals. continues to benefit while gnawing at the national kitty.

Furthermore, on the alleged advice of ‘corrupt’ officials at DPP, a methyl bromide manufacturing Chinese company, Linhai Jianxin Chemical Co. Ltd., has recently issued an exclusive dealership for Pentagon fumigation, a sister company of National Chemicals, while cancelling other companies’ letter of authorisation without any solid reason and despite the fact that Pentagon does not have a registration certificate.

When contacted about registration issues at the Department of Plant Protection, DPP Director Registration Allah Ditta claimed that companies with valid documents and required credentials were being registered without a hiccup, adding that those complaining about the process had deficiencies in their applications.

According to sources, despite the cases of corruption, mismanagement and failures of such an important organisation of the government, the DPP remains headless since October, 2020, while it has been without a regular director general (DG) for over a decade now.

In fact, even the PM office had been kept in the dark when it directed the MoFS&R in December, 2019, to appoint a DG on contract from the open market.

Moreover, keeping the entire situation in view, trade associations have demanded Prime Minister (PM) Imran Khan to form a JIT to investigate the DPP’s affairs. The JIT, they believe, should also check assets and travel histories of alleged corrupt officers to know how deep the government organisation is steeped in corruption.