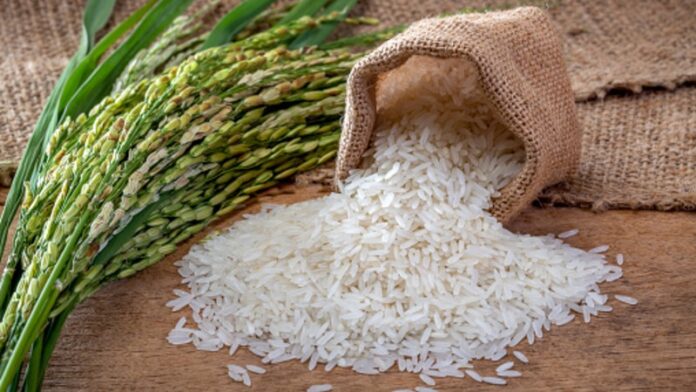 ISLAMABAD: In another ill intention to damage Pakistan’s rice exports, India has reportedly applied for registration of an exclusive trademark for Basmati rice in Sri Lanka, where Pakistan exports thousands of metric tonnes of basmati rice annually.

According to a reliable source in the Rice Exporters Association of Pakistan (REAP), the association has informed their members (exporters) that the Sri Lankan government has updated that India has applied for Basmati as a certification trademark.

According to him, officials of the Ministry of Commerce have also been given the information and asked to take up the issue with relevant forums and oppose the registration of a trademark.

“In case India succeeds in getting registration of Basmati as a certification brand no exporter of Pakistan would be able to export to Sri Lanka using the word “Basmati” on the packaging,” he said.

This would be another attempt by India to damage Pakistan’s rice exports after it applied for the exclusive Geographical Indication (GI) tag for Basmati in the European Union last year.

However, according to Taufiq Ahmed Khan, former vice president of REAP, the Indian attempt is simply aimed at damaging Pakistan as Pakistan has good exports of aromatic rice to Sri Lanka under the Pakistan-Sri Lanka Free Trade Agreement.

“Not only Sri Lanka, but Pakistan should also now check every country which imports Pakistan’s rice as India is secretly applying for registration of a trademark for the Basmati, the high-value rice item,” he said adding that the Ministry of Commerce and the country’s embassies in foreign countries should be vigilant about such happenings. “It shows the Indian intention to hurt Pakistan’s lucrative markets abroad despite the fact that Delhi should not indulge in such activities as the product is not the GI of only India,” he added.

It may be mentioned here that the case between India and Pakistan over the GI tag in the EU is still undecided. Both the countries may now fight the case of exclusive rights to the GI of basmati rice in EU courts as the time period extended for bilateral negotiation and resolving the case amicably ended early this month.

Pakistan has opposed Indian claims of exclusive rights of holding the GI for basmati in the EU as Islamabad considers the product as a joint product of the two countries. However, the Indian side is reportedly reluctant to accept joint ownership of the product despite the fact that the aromatic rice is produced in both countries.

The commission had granted three months’ time to both countries for consultation, which was later extended for another three months until the first week of September 2021, over India’s request.

When tried to contact for comments over the rice issue, the relevant official at the Ministry of Commerce denied talking. Even the high officials were reluctant to share information on the Basmati case and related issues.

After the retirement of Intellectual Property Organization (IPO) Pakistan Chairman, who was looking into the Basmati case in the EU, the organization is headless and the responsibility of handling the case is shifted to a joint secretary at the ministry.

It was reported last year that Sri Lanka’s cabinet of ministers has agreed to import 6,000 metric tonnes of basmati rice annually from Pakistan, under the FTA of the two countries.

Pakistan Exports of rice to Sri Lanka was $5.55 Million during 2020, according to the United Nations COMTRADE database on international trade.