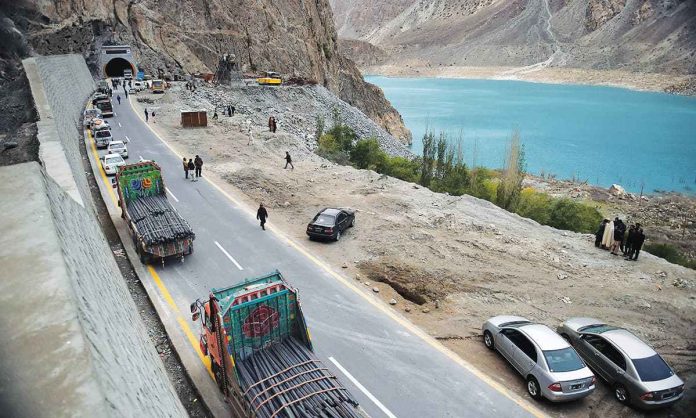 ISLAMABAD: The National Logistics Cell (NLC) has started its operations under the Transports Internationaux Routiers (TIR) Convention with the delivery of the first consignment from Pakistan to Turkey and Azerbaijan through Iran on Friday.

According to officials, the Adviser to the Prime Minister on Commerce and Investment Abdul Razak Dawood was apprised about this major development in a briefing by the NLC authorities at the Ministry of Commerce. Dawood said that this is a milestone for enhancing regional trade and connectivity and will complement the Silk Route Reconnect Policy of the ministry.

He was informed that one private sector company had already got the licence to operate under TIR and many other private companies are also applying to get the same. The adviser said, adding: “The vision of the Ministry of Commerce is Connectivity through Trucking and, as a policy, the government will support the private sector in this regard.”

Pakistan shares borders with Iran and Afghanistan, which are also TIR members. The adviser was informed that the NLC will initially start its transportation operations with Turkey and Azerbaijan. These will later be extended to other countries in the region.

Dawood said, “This will create opportunities for Pakistan’s services sector, especially the logistics companies, due to the international trade traffic, which will utilise Pakistan’s geographic access. It is the key to make Pakistan a Transit and Transshipment hub and will attract investment in Pakistan’s logistics sector and associated services.”

The NLC is the second operator in Pakistan, and the first in the public sector, to begin its operations under TIR. It will also be the first time that Pakistan’s trucks would move through Iran under TIR.

Previously, goods had to be offloaded from Pakistani trucks and reloaded onto Iran’s trucks at the Taftan-Zahedan border.

The TIR is a highly secure international Customs transit system for goods international movement across frontiers of the member countries. It enables intermodal transportation with minimum interference; hence, facilitates the free flow of goods at competitive transport costs and with the minimal physical inspection of goods.

The system is based on TIR Carnet, which is a document issued under TIR for sealed road transport for each shipment, enabling it to reach the destination country without Customs inspection.

The NLC was awarded the TIR licence by the Pakistan National Authorisation Committee (PNAC) of the International Transport Union (ITU), which administers the TIR Convention internationally.

The adviser was also apprised that the NLC plans to undertake TIR operations to Turkey and Azerbaijan shortly and will be the leading TIR operator to undertake regional trade.