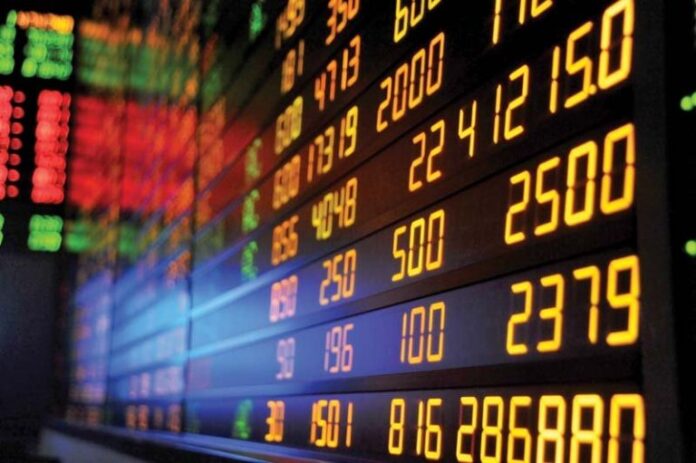 Stocks fell nearly 3 per cent on Wednesday, plummeting nearly 1,300 points (2.65%) in intra-day trading, hovering around the 44,000 mark, as the rupee dropped to a record low and threat of sanctions by US shattered market sentiment.

On Tuesday, a group of high-profile US senators moved a bill in the US Senate seeking imposition of sanctions on the Afghan Taliban that could also potentially extend to Pakistan.

On the other hand, there was no respite for the local currency as it crossed the Rs170 mark against the green back in inter-bank market and traded at around Rs172 per dollar in the open market.

The KSE-100 Index has been under pressure for several weeks now, dropping to an over four-month low before Wednesday’s session as economic sentiment turned less bullish amid a widening current account deficit, rupee depreciation and interest-rate hike by the State Bank of Pakistan.