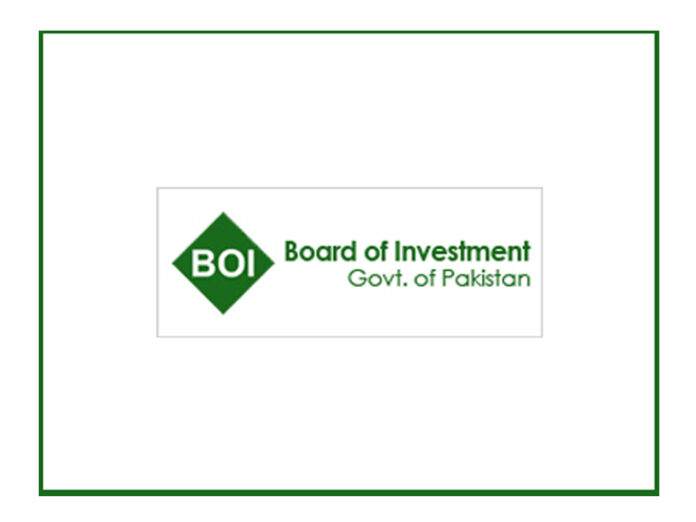 ISLAMABAD: The Board of Investment (BOI) has assured facilitation to foreign investors and help them execute investments, saying that the government is committed to protect and encourage foreign investments.

In this regard, the BOI on Thursday organised an investment promotion seminar to apprise potential foreign investors on investment policies and opportunities in Pakistan.

On the occasion, BOI Secretary Fareena Mazhar stated that economic uplift was an area of priority of the incumbent government and Pakistan under the leadership of Prime Minister Imran Khan, and had been undergoing bold economic reforms which had helped the country improve significantly in all sectors of the economy.

Discussing the investment climate of the country, Fareena elaborated that recent surveys indicated increased confidence of foreign and local investors due to liberal trade and investment policies and that Pakistan was currently home to over a 1,000 foreign companies.

The secretary shared that vision 2025 maps Pakistan to join the top 25 economies in the world leading to an upper middle income country status by 2025, where the economy is targeted to grow over 8 per cent between 2018 and 2025 while maintaining single digit inflation.

She also informed that Price Waterhouse Coopers had ranked Pakistan at number 20 in its projected list of 32 most powerful economies of the world in 2030.

Further apprising the audience about initiatives undertaken by the government to facilitate investors, she mentioned the 22 Special Economic Zones (SEZs) that are designed to become high-end commercial, technology and manufacturing hubs, four of which are equipped with state-of-the-art facilities and business ecosystems and are ready for investment as early harvest projects.

She shared that the major rationale for providing generous incentives and encouraging investments in EV technologies in Pakistan is the ability of such technologies to curtail the oil import bill which was currently the largest import commodity being imported into Pakistan.

Underlining some of the incentives in the EV category, she mentioned reduced custom duty on EV specific parts, reduced rate of value added tax and sales tax as well as custom duties on import.

Underscoring the strategic location of the country, the secretary said that Pakistan was a promising regional hub and an important destination for trade and investment.

She further added that a wide-based population pyramid and an expanding middle-class further make Pakistan a robust consumer market for foreign investors.