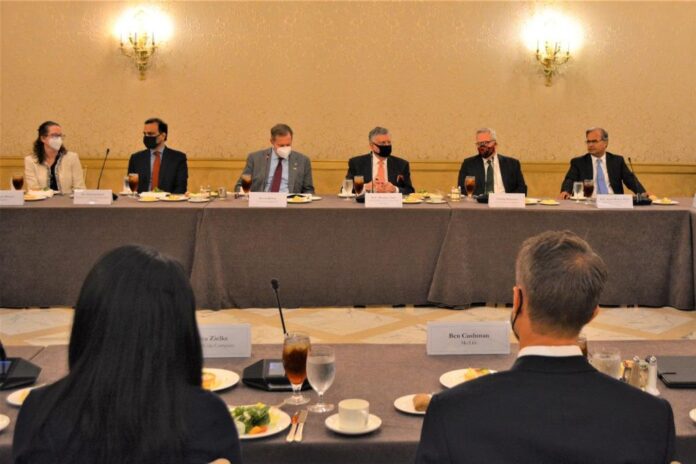 Talks between Pakistan and the the International Monetary Fund (IMF) are expected to conclude today in Washington, with the two sides issuing a joint statement regarding the details of the arrangement for finalising the release of the next tranche of a $6 billion Extended Fund Facility (EFF).

These details were given by members of Adviser to the Prime Minister on Finance and Revenue Shaukat Tarin’s team while speaking to journalists on Wednesday.

According to local media reports, the PM’s aide rushed to Washington from New York on Tuesday to join the ongoing discussions as an IMF official acknowledged progress. The finance secretary was holding the talks in his absence.

“The adviser has returned to Washington DC to join ongoing discussions with the IMF,” his spokesperson Muzzamil Aslam said in a tweet on Tuesday.

“Media reports related to inconclusive talks are baseless,” he added.

On the other hand, IMF Middle East and Central Asia Department Director, Jihad Azour, had told journalists on Tuesday that the talks on the sixth review of the $6 billion loan facility had progressed to a “very good step”.

“The progress has gone [towards] a very good step and the mission, with the authorities, are going through the various details,” he added.