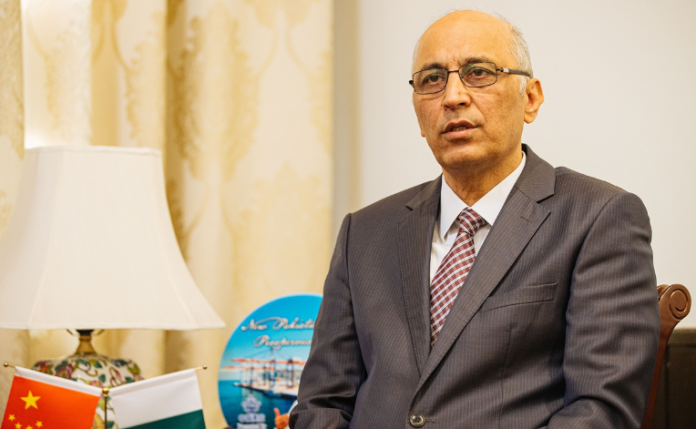 BEIJING: Pakistan is planning to enhance its annual production of automobiles from the existing 250,000 units to about six to eight million units during the next five years, Pakistan’s Ambassador to China Moin ul Haque said here on Wednesday.

“It is an ambitious target but it is possible to achieve due to the yearly growth in production as well as interest showed by different automobile companies from across the world especially from China,” he said while addressing the Pakistan Automobile Industry Roundtable Seminar held at Pakistan Embassy, Beijing.

The representatives of over 50 renowned automobile companies from different parts of China attended the seminar.

While addressing the participants, the ambassador said that a number of the Chinese companies are already in Pakistan in automobile manufacturing sector while up to 10 new companies have showed interest to invest in Pakistan and are in the process of having joint ventures with their local partners in the private sector.

He informed that the government is formulating a new and very attractive automobile sector policy which will be announced soon, adding that more incentives and concessions in taxes are likely to be offered in the new policy.

Haque said that automobile companies, including manufacturers of energy vehicles from China will be invited to set up their plants both in greenfield and brownfield sectors.

He said that infrastructure like roads, highways and communication network is being upgraded in Pakistan and invited Chinese companies to take advantage of all these incentives and expand their presence.

Welcoming the representatives of the automobile companies, Commercial Counselor, Badar-uz-Zaman said that the new automobile policy for years 2021 to 2026 will offer more incentives and benefits to local and foreign investors.

He shared details of the incentives, concessions in the taxation and easy repatriation of profits.

He said that there are over 600 auto parts manufacturers, who supply parts to existing players, adding, “We offer comprehensive auto financing policies and the banks are very active. The amount that has been financed in cars is three times more than the housing finance in Pakistan.”

Later, representatives of the companies who are operating in Pakistan shared their experiences and put forward some useful proposals while new companies which plan to enter the Pakistani automobile industry asked questions and more details about policies.