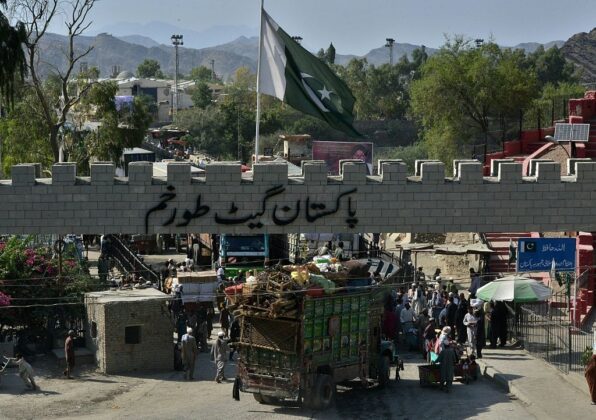 KABUL: The Torkham border crossing point which links Afghanistan and Pakistan has been reopened and those having travel documents can cross it, Abdul Qahar Balkhi, a spokesman for Afghanistan Foreign Ministry, said.

“The Torkham gate is reopened and those Afghans have passport and Pakistan visa can cross the border,” Balkhi said in his Twitter account.

Pakistan announced in May to close all its borders with Afghanistan for pedestrian movement in order to contain the transmission of Covid-19 from across the border into the country.

The restrictions were initially announced for the last week of the month of fasting and the first week of Eid ul-Fitr during which Pakistan expected an influx of Afghans into the country. The ban was, however, later extended for an indefinite period.

The reopening of the crossing point has been announced in the wake of the visit of Foreign Minister Shah Mahmood Qureshi who visited Kabul on Thursday.

During Qureshi’s one-day visit to Kabul and his meetings with officials here, matters pertaining to mutual interests including reopening border crossing points and enhancing trade and economic cooperation came under discussion, according to local media reports.