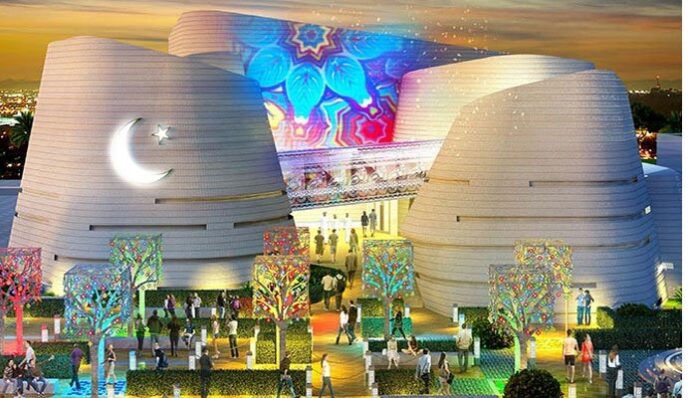 LAHORE: The Punjab government has stepped up measures to ensure the participation of 20 departments, including agriculture, construction, livestock, industry and trade and energy, in the Dubai Expo 2020.

A press conference was held at the Directorate General of Public Relations (DGPR) here on Saturday in which Provincial Minister for Industry and Commerce Mian Aslam Iqbal, Special Assistant to the Chief Minister for Information Hassan Khawar, CEO Punjab Board of Investment Dr Arfa Iqbal and other officers attended.

Addressing the press conference, the provincial minister said that 20 departments including industries and trade, energy, agriculture, construction and communications and livestock would participate in the Dubai Expo at different times.

Iqbal informed that this important event [Dubai Expo] would highlight the country’s soft image and investment opportunities in Punjab.

“The Punjab government is sending 25 talented youngsters registered as new startups to the Dubai Expo at its own expense and these talented youngsters will share their ideas at the Dubai Expo. Chief Minister Punjab Sardar Usman Buzdar to inaugurate investor portal at Dubai Expo organized by Punjab Board of Investment and Trade. Pakistan to host international business conference at Dubai Expo and seminars, panel discussions and other events will be held. Dubai Expo to be fruitful in bringing new investment to Punjab,” he added.

Iqbal further added that support was being provided to export oriented SMEs and the positive results of investor friendly policies were emerging as per the vision of the Prime Minister and the Chief Minister Punjab.

“Billions of rupees in new investments in Punjab’s special economic zones and industrial centers and investments in Punjab’s Special Economic Zones is an alternative to exports. Punjab government takes concrete steps to facilitate business and Punjab is the first province to talk of abolishing NOC for investors. The Dubai Expo will be a useful event in improving the country’s image and promoting investment,” he said.

“Expensive input also increases business costs and the government has increased the subsidy price of wheat to the benefit of farmers to the tune of Rs1100 billion. A 20 kg bag of flour costs Rs1,100 in Punjab and Rs1,600 in Sindh whereas sugar in Punjab is available at the cost of Rs90 per kg while in other provinces it is more than Rs110. Sugar prices fall due to the import of sugar,” he maintained.

Iqbal informed that Punjab plays the role of elder brother by purchasing wheat and meeting the needs of Islamabad and other cities.

“The Sindh government should realize its responsibility instead of throwing the rubble of inflation on the federal government as price control is the responsibility of the provincial governments. We had face difficulties during Covid-19 pandemic, however, the government has given special incentives to the textile and construction sector. The effects of rising economic activity reach lower levels and the government is introducing a large program of targeted subsidies for the weaker sections under the Ehsas program,” he concluded.

Meanwhile, the Pakistan pavilion at the Dubai Expo 2020 attracted more than 100,000 visitors over a period of just 18 days, making it one of the busiest pavilions of the mega event since it started on October 1.

“The 18th of October marked our 100,000 visitors’ milestone. On this joyous event, we would like to take this opportunity to express our deepest gratitude to the team who [have] operated round-the-clock behind the scenes to bring such an abundant flow of visitors,” the tweet said.

The 18th of October marked our 100,000 visitors’ milestone. On this joyous event, we would like to take this opportunity to express our deepest gratitude to the team who has operated round-the-clock behind the scenes to bring such an abundant flow of visitors. pic.twitter.com/HGN8489SDl