The Alsvin is popular, cheap, and a quality buy. Will it be enough? 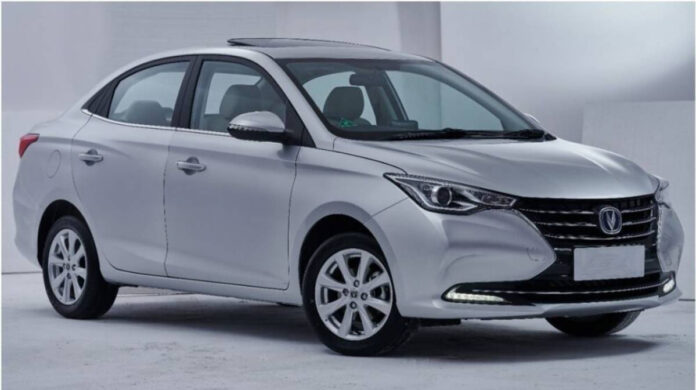 If you are going from defense to Gulberg and take the cavalry route, on your way there you will see an advertisement for the Changan Alsvin. The odd thing about the large billboard ad? It does not have a single picture of the Alsvin, it does not have the Changan logo on it, and seemingly no other embellishments or boasts.

It is a simple white background on which there is a quote  – “Please ignore the Changan Alsvins on the road – Sincerely, The Status Quo.” The tongue-in-cheek ad is a dig at Pakistan’s infamous ‘Big Three’ car manufacturers that have for the past three decades had a triopoly on the automobile industry – Toyota, Honda, and Suzuki. On different occasions on different platforms, the big three have been dissected and criticised for their ridiculous pricing, their lack of safety features, and the hold they have on Pakistani car buyers.

It is an audacious move. Changan is a Chinese car manufacturer. When you think of China, you think communism, dragons, Kung Fu and maybe Pandas. You don’t think of cars. Cars are supposed to be made in Japan or Germany, not China. And even though China is in fact the biggest automotive market in the world, producing a whopping 30 million units per annum, and Changan is the largest automotive brand there – producing 2.8 million vehicles a year, which is more than ten times Pakistan’s total car production, shedding the China tag is difficult for anyone in Pakistan.

China is equivalent to cheap in both price and quality in the mind of the Pakistani manufacturer. It is so much so that car manufacturer MG, which is staunchly a Chinese company, pretends to be British to give itself some credibility. The impression is so strong that the franchise store Miniso, which is headquartered in China, pretends to be a Japanese outlet.

Yet this Chinese car manufacturer that has never before been heard of in Pakistan is suddenly not just posing a threat to the sedan segment and the Big Three, it has the nerve to stand up and call out the Big Three for their exclusionary tactics. Where is the confidence and the gusto coming from? It could be because in recent years things seem to be changing. There has been an influx of new cars and categories of cars have been entering Pakistan that were previously unheard of.

The KIA Sportage has brought in an affordable option for a crossover-SUV within Rs 5 million, which has been preferred by a number of people over the Honda Civic and Toyota Corolla – sedans that are priced around Rs 4-4.5 million. In the same category, companies like MG and Hyundai have also introduced their own contenders and smaller cars like the KIA Picanto are also challenging Suzuki in the hatchback segment. With more than 25000 Sportages sold in two years, other players have also been emboldened and the Alsvin seems to be a product of this revolution that was started by all of these players and led by KIA.

Changan’s Alsvin is in the same boat. The advertisement from Changan is not just a less than subtle poke towards the Big Three, it is very much a challenge. In January this year, when the car was first released for booking by Changan, it was overwhelmed by 17,000 pre-booking orders and closed bookings. Back then, there had been an outpour of positive feedback and response for the Alsvin in just over a month since its debut. Changan has had over 29,000 walk-in customers come to 19 of its 3S dealerships all across Pakistan just to have a close look at the vehicle. He added that the company has received over 17,000 pre-bookings for the Alsvin.Since then, the Alsvin has been a frequent site on the roads of Lahore and by all accounts its buyers seem happy.

And why wouldn’t they be? The cheapest version of the car is priced at Rs 2.2 million, which means that Toyota and Honda both have competition in this price range, and so does Suzuki. Both Toyota and Suzuki have been reacting to these changing market dynamics. Toyota launched the Toyota Yaris. Essentially, they discontinued the cheaper variants of the Toyota Corolla with 1300cc engines, and launched a new car from scratch that was cheaper. Now, people could either buy a Toyota Corolla in the Rs 3.5 – 4 million range, or a Toyota Yaris in the Rs 2.5 – 3 million range.

The move proved to be successful, and the Toyota Yaris has been the most successful selling car in Pakistan this year. The Yaris has only been around for 14 months, and in that time has sold nearly 27,000 units, meaning if it had been around for two years it would have sold as many as 50,000 units in two years. In comparison, in two years the corolla has not even managed to break the 40,000 unit mark and has sold just above 36,000 units. This means that the price range that the Yaris comes in, which is the Rs 2 – 3 million range, is a hot range for which demand is high. The Alsvin fits in this range and is in fact cheaper, with some added benefits that solves a major problem that the Yaris has.

What is the problem? The Toyota Yaris is not as prestigious, it does not feel like a separate car and feels more like a Corolla mini which is how Toyota has designed it. Meanwhile the Alsvin is the only sedan that Changan offers and it has a much better design. The Toyota Yaris with its high back lift and suspension makes a not very pretty sight, while the Alsvin is a breath of fresh air and both looks and feels like a compact sedan with a nice, clean, modern looking interior – especially with its large, tablet display which might have been inspired by Tesla models.

This means that there is some serious competition in the Rs 2 million to Rs 3 million range. Toyota offered a sedan at just a little over the price of a hatchback. Think of it this way. If you were going to buy a Suzuki Cultus hatchback with a 1000cc engine in 2019, you would be spending around Rs 2 million. Now, you could simply add in Rs 400,000 and get a Toyota Yaris, which is a sedan with a 1300cc engine. The Yaris was also priced just a little lower than the Honda City, which ranges from Rs 2.7 – Rs 3.1 million. And since the Yaris is a newer design, people naturally gravitate towards it. Similarly, if you were buying a Honda Civic for Rs 4 million in 2019, now you can add Rs 500,000 and get a KIA Sportage SUV.

Except now, the Changan Alsvin brings an even cheaper option that has more features than the Yaris and also does not feel like a compromise car, which the Toyota Yaris does since it is the smaller version of a corolla and replaced the Xli and Gli variants of the car. Even the Honda City is being affected, and since it has introduced its new variants, its sales have not seen a particular uptick and the sight is possibly less common than that of the Changan Alsvin.

The marketing tactics that are being used by Changan are cheeky, and they probably have the Big Three fuming. The desire to lash out at them is natural, especially considering that the three manufacturers have desperately tried to keep new entrants out of the market over the decades. In fact, the All Pakistan Automobile Manufacturers Association only has Japanese manufacturers as members, which is why numbers for the exact sale of the Alsvin are not available. The lashing out makes sense and is in many ways justified. The ad grabs attention, and to those literate in Pakistan’s automotive industry, it is a very well understood fact that the Big Three are a troublesome force that is finally having to face some competition.

The philosophy behind Changan is very clearly one that has come to play, and it is a philosophy based not just on selling cars but on changing the status quo. Pakistan has been suffering from the attention and control of the Big Three for decades now, and finally there are numerous rays of hope that make the future seem not so bleak. So why should these companies not have a bit of fun with their marketing? It is their right, and most importantly, they are staking a claim and announcing they are here to stay. And the increase in choice is something everyone should be celebrating.