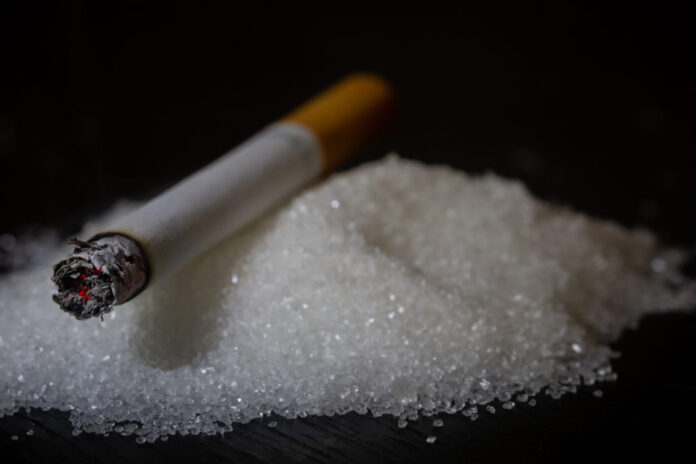 ISLAMABAD: The Economic Coordination Committee (ECC) of Cabinet on Thursday postponed the plan to impose a Rs10 health tax on a pack of cigarettes and Rs1 per 250 ml of sugar-sweetened beverages.

Sources said that the ECC meeting was held under the chair of Minister for Economic Affairs Omer Ayub.

As per details, the Ministry of Health proposed the ECC to introduce a federal health contribution bill, 2021, to consolidate the law relating to the imposition, collection of the tax on the sale and consumption of certain goods which are harmful to society and individuals.

However, the proposal was deferred on the recommendation of the Technical Advisory Committee.

Sources said that FBR had pressed for the imposition of the tax, informing that additional revenue on account of increase in FED on cigarettes and carbonated, sugar-sweetened beverages during the financial year 2019-20 (FY20) totaled Rs33 billion while the law division advised that the tax can be introduced as an ordinary bill or be promulgated through an ordinance before tabling the bill in the parliament.

It is pertinent to note here that Non-Communicable Diseases (NCDs), including heart diseases, stroke, cancer, diabetes and chronic lung diseases are collectively responsible for almost 68 per cent of deaths in Pakistan.

Similarly, NCDs cause 51pc of total diseases mostly in the youth of the country.

Furthermore, Pakistan is obligated to achieve the targets set in the Sustainable Development Goals (SDGs) under which it has to reduce one-third of premature mortality due to NCDs by 2030.

Raising taxes on tobacco and other harmful products have long been a dependable and significant revenue source in many countries. More recently, considerable attention has been paid to the way in which such taxes may also be used to attain public health objectives by reducing the consumption of products with adverse health and social impacts.

Moreover, explicitly earmarking excise taxes on tobacco and other such products to finance public health expenditures will make increasing such taxes politically acceptable and provide the funding needed to increase expenditures, especially for the poor.

Meanwhile, the meeting also allowed the recovery of over Rs17 billion from electricity consumers for the period when the country had been struck hard by Covid-19.

Instead of fuel cost adjustment (FCA), the money will now be recovered through quarterly price adjustments.

“On another summary moved by the Power Division regarding decision of the authority in matter of fuel charges adjustment for the months of November 2019 to June 2020, the ECC, after due deliberation, recommended that the federal government may issue guidelines to Nepra and also require it to reconsider its decision dated 07 August, 2020 to allow recovery of pending FCA as prior year adjustment in rebasing decision which are under process at Nepra,” said the economic affairs ministry.

The Power Division had proposed that either the government should pick Rs13 billion subsidy or allow increase in prices.