An astonishing increase in volumes has kept Indus motors on top 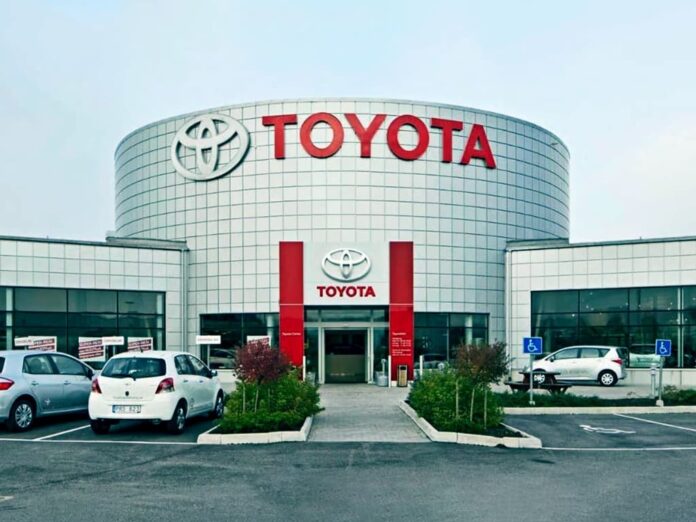 Indus Motors has had quite the quarter. It released its latest financial results for the quarter ending in September 2021 on October 29, and the contrast could not have been more stark. In September 2020, the company had earned Rs34 billion in revenue, and net income stood at Rs1.8 billion. Fast forward one year, and revenue stood at Rs65 billion, and net income had shot to Rs5.4 billion. That means net income increased 194% year-on-year, and 22% quarter-on-quarter.

What explains this? According to Sarosh Saleem, analyst at investment bank AKD Securities, it’s the astonishing increase in volumes, which grew 59%year-on-year and 28%quarter-on-quarter. Mist of this was because of budgetary measures. The company’s cash investments also grew to 28% quarter-on-quarter, resulting in higher other income (which saw an impressive 100% year-on-year increase).

According to the corporate briefing that the company held on November 10, the company had increased the prices of its vehicles across the board by  around 7%, in line with the depreciation of the rupee against the dollar in the first quarter of fiscal year 2022. This was done to stop the impact of higher input costs. According to Saleem’s own estimates, a 1% increase in price inflates earnings by  around 5%. Yet it may not all be good news: increasing prices may also impact the volumes in upcoming quarters. Also imported complete built up sales (CBU) sales will decrease because of the latest regulations of SBP where consumers can no longer purchase imported vehicles on auto finance arrangements.

Indus Motors is well aware of this fact. Yet the company’s management stayed upbeat at the corporate briefing: after all, while the revised auto finance regulation by SBP may dent the sales in upcoming quarters, the risk was lower than its peers since the rural sales contribute around 50% to revenue. Infact, the share of Hilux sales through auto financing arrangements is around 15% while the share of Fortuner is around 25%.

Better yet, the company insisted that it is not facing any delays as the chip shortage hasn’t impacted the company much. This has been possible due to the company’s efficient inventory management system (so they say). But the optimism is important: in fact, the management said it seemed confident to deliver 90-95% of its commitments in fiscal year 2022.

This has kept them competitive. For a while it seemed that Toyota and the other two parts of the big three would find their necks on the chopping blocks, but the semiconductor chip shortage has meant that despite great demand for new models introduced by new manufacturers, Toyotas are still more widely available than most cars – especially since even Suzuki and newer entrants have booking closed for months ahead. With car sales skyrocketing post-pandemic, people are in a rush to get cars.

It has also been an incredible move on the part of Indus Motors in terms of introducing new cars. The company’s upward trajectory looks set considering its sales have been high, and its strategy in terms of introducing new cars has been successful, and with car prices rising generally as well they have stayed competitive despite the entry of new players in a market that has traditionally very much been a triopoly. Indus motors had the idea to launch the Toyota Yaris. Essentially, they discontinued the cheaper variants of the Toyota Corolla with 1300cc engines, and launched a new car from scratch that was cheaper. Now, people could either buy a Toyota Corolla in the Rs 3.5 – 4 million range, or a Toyota Yaris in the Rs 2.5 – 3 million range.

Toyota offered a sedan at just a little over the price of a hatchback. Think of it this way. If you were going to buy a Suzuki Cultus hatchback with a 1000cc engine in 2019, you would be spending around Rs 2 million. Now, you could simply add in Rs 400,000 and get a Toyota Yaris, which is a sedan with a 1300cc engine. The Yaris was also priced just a little lower than the Honda City, which ranges from Rs 2.7 – Rs 3.1 million. And since the Yaris is a newer design, people naturally gravitate towards it.

The results? Toyota Indus Motors have sold the most cars in Pakistan ever in the past year, and the Toyota Yaris has quickly become Pakistan’s best and fastest selling car. In the past two years, Toyota has sold 38,514 Corolla units. The Toyota Yaris, on the other hand, has only been around for 14 months, and in that time has sold 29,266 – making it the fastest growing car around. At this rate, if the Toyota Yaris would have been around for two years, Indus motors would have sold more than 50,000 models of the car at more than 4000 cars per month.

What of the future ahead?  The company said it is in the process of increasing its production capacity by 20%. The increased capacity is expected to come online by the fourth quarter of fiscal year 2022. And is it that fact that leads to Saleem revising its estimates for Indus Motors. “We expect the revenue in fiscal year 2022 to increase by 52% year-on-year while the earnings to witness a growth of 36% year-on-year to stand at an all time high at around Rs17.5 billion,”

Why so rosy? Saleem believes that the effect of monetary tightening will have minimal impact on the sales of  Indus Motors due to the layer of insulation it has, by virtue of its rural sales standing at 50%.  (rural sales mix of 50%).