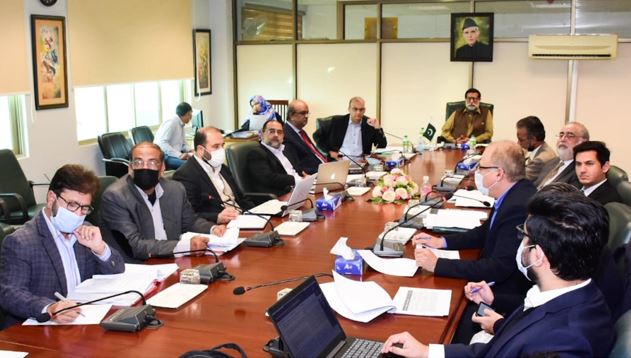 ISLAMABAD: Four pre-qualified bidders, after having their queries addressed, have agreed to submit Rs50 million guarantee amount for participation in the bidding of the Heavy Electrical Complex (HEC) in a pre-bid meeting held here on Wednesday.

A statement released by the Privatisation Commission stated that queries raised by potential bidders regarding bidders’ qualification, bidding process and payment structure have been addressed.

The bidders also raised questions regarding hand orders, to which Soomro replied said that the matter has already been communicated to the ECC of the federal cabinet and will be resolved before the bidding date.

The meeting was told that Khyber Pakhtunkhwa Economic Zones Development and Management Company (KPEZDMC) will facilitate the lease transfer to the new buyer whereas a letter of comfort regarding outstanding liabilities has been issued to the company.

Upon the request of bidders, revised ITB, SPA documents as well as latest audited accounts of HEC have been shared with the interested parties.

Speaking on the occasion, Soomro expressed satisfaction that the transaction of HEC is in its concluding stage, adding that the government is resolving pending matters related to the transactions and also facilitating potential investors.

He further added that ministries of Industries and Production, Power, and Privatisation are all in close liaison to resolve all issues related to land transfer, in-hand orders and liabilities towards KPEZDMC before the final bidding.

The federal minister assured of providing a level playing field to all pre-qualified bidders and ensuring transparency throughout the process.