Steel industry claims devaluation would result in increase of over Rs9,000 per tonne in input costs 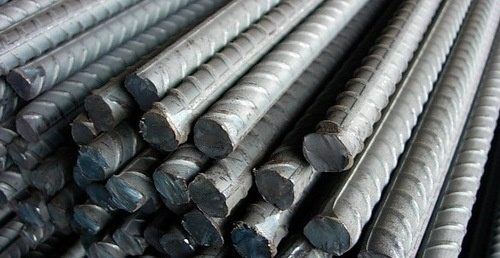 ISLAMABAD: While inflation hit a record 11.5 pc in the country last month, the local steel industry is going to increase prices due to the high cost of imported scrap, energy tariff, devaluation of local currency, and a jump in the policy rate, etc.

Large steel producers claim that keeping the multiple reasons in view, the local steel industry has been left with no option but to further increase the price of steel, a necessity in the construction industry.

According to sources, an unprecedented increase in the cost of steel scraps globally as well as record freight charges, coupled with a massive devaluation of the local currency against the dollar, drastically increasing price of gas, electricity, and fuel has made price increases in the domestic market completely unavoidable.

Industry sources said that the latest decision of the State Bank of Pakistan (SBP) to increase the discount rate to 8.75pc, one of the highest in the region, was the last straw.

In a letter recently written by the Pakistan Association of Large Steel Producers (PALSP), concerned ministries were informed about the expected jump in prices for various reasons.

According to the industry, after facing a deep crisis for two years i.e. FY19 and FY20, the fragile steel industry was looking to rebound but could not achieve any real growth due to supply chain disruptions and local government inflationary pressures.

In terms of real production, the steel industry has shockingly consolidated and contracted by a record 30pc, which has not been seen in the country’s history, the letter states.

According to provisional figures compiled by the Pakistan Bureau of Statistics (PBS), in terms of quantity, iron and steel scrap imports, major raw materials used by steelmakers in Pakistan for manufacturing quality graded rebars, stood at 347,888 tonnes in October 2021 declining 15.40pc on a year-on-year (YoY) basis. Import volumes have consistently declined over recent months, in terms of quantity imported of iron and steel scrap into Pakistan plunged by -32.73pc in 4MFY22 to 1.227 million tonnes compared with 1.824m tonnes in the same period last fiscal year.

Apart from domestic issues, a major blockade for scrap importers has been the rising costs of steel scrap in global markets. This situation has further exacerbated by the steep decline in the rupee dollar parity, with the currency sliding to historical lows this year.

The continuous devaluation of currency, a whopping 5pc in the last 30 days alone, adds to landed import cost of all imported raw materials which directly leads to imported inflationary pressures domestically. The steel industry believes that the devaluation would result in an increase of over Rs9,000 per tonne in their input costs.

Another major factor which may contribute to further rise in prices is the high energy tariff as National Electric Power Regulatory Authority (NEPRA) on November 30, has further firmed up charging an additional Rs4.74 per unit fuel cost to consumers for electricity consumed in October. The decision, the industry fears, would directly burden consumers by at least another Rs4,000 per tonne.

The energy cost in Pakistan, the steel makers claim, is double to that of the regional peers. Industrial unit effective price in Pakistan ranges between 12.28¢/kwh -16.14¢/kwh, whereas in Vietnam (7.3¢/kwh), India (6.1¢/kwh and 6.8¢/kwh in Maharashtra and Punjab, respectively) and at 6.1¢/kwh in Xinjiang China.

According to the steel sector, in the wake of continuous upward commodity boom of scrap metals in the international market, scrap prices remain on a bullish trend owing to a pickup in demand after economies began to operate in full swing and governments push to stimulate their respective construction industries across the globe, such as United States Build Back Better programme valued at a record $1.75 trillion, are driving up prices of scrap steel in global market.

SBP increased the Current Reserve Ratio (CRR) of banks by 20pc from 5 to 6pc. This will further reduce money supply to industries as banks look to capitalize in government securities lucrative pricing, whereas the genuine requirement from steelmakers would be crowded out, leading to further supply shocks and disinvestments in the industry.