Funds in the extension round, which was co-led by Fatima Gobi Ventures and Vibe Capital, will be used for local expansion and testing financial products for farmers and retailers 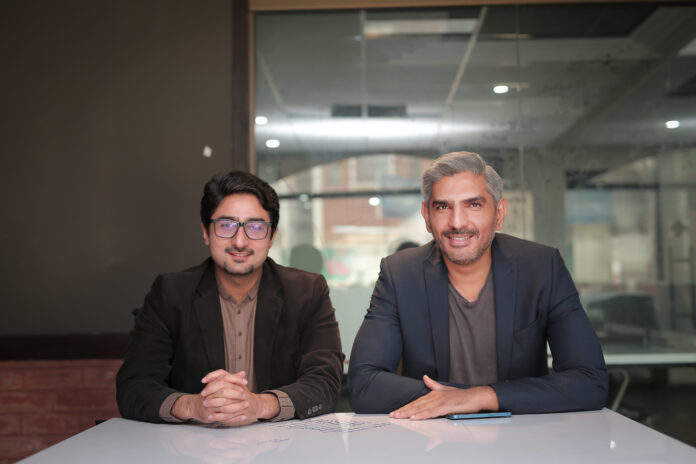 Tazah’s initial pre-seed tranche of $2 million was raised in October. The extension round was co-led by Pakistan’s Fatima Gobi Ventures (FGV) and US-based Vibe Capital.

The round was joined by Shorooq Partners, Nuwa Capital, Ru-net, Alter Global, Julian Capital, Kinnow Capital, Early Grey Capital and K3 Fund. The round also had participation from Silicon Valley based angel investors including Sahil Bloom, Siqi Chen, Matt Brezina, among others.

For Nuwa Capital, one of the largest funds in the Middle East, this will be their first investment into Pakistan. Existing investors including Global Founders Capital, Zayn Capital, i2i Ventures and notable angels also reinvested in the round.

Profit has seen internal documents and can confirm the $4.5 amount raised in the fresh round.

According to the Pakistan Bureau of Statistics (PBS), the agriculture sector is the largest, contributing around 24%to the country’s gross domestic product and accounting for half of the employed labour force. In a primarily offline farmer to retailer agri supply chain, fresh produce such as fruits and vegetables from farms are sold by farmers to middlemen, who then sell it to wholesalers. Individual retailers buy from wholesalers at a price inflated because of the margins earned by the two actors: middlemen and wholesalers.

Founded in August 2021 by two ex-Careem executives Abrar Bajwa and Mohsin Zaka, B2B marketplace Tazah aims to solve these problems by connecting farmers directly with fruit and vegetable retailers, eliminating the traditional middlemen and wholesalers. In turn, the prices at which retailers are able to buy from farmers are better.

The startup claims that since their launch, they have been able to hit an annualized gross merchandise value (GMV) of $7 million. Headquartered in Lahore, the startup has expanded operations into Karachi with another city launch in the pipeline.

The B2B agritech space is heating up, with one of Tazah’s competitors, Jiye Technologies, raising $2.5 million in pre-seed funding yesterday. On how Tazah plans to stay ahead in this market, Abrar Bajwa, co-founder of Tazah said that it all depends on the ability to execute.

“It is a hard space and there are challenges of execution on every scale. It is going to get difficult to execute at scale and we believe that we have the best team to scale quickly,” said Abrar Bajwa, co-founder of Tazah.

On future plans, Abrar said: “With the technology and talent pedigree that we are building, we believe that expanding into regional markets with similar dynamics is a logical move.”

Besides using the funds for expansion, the startup also plans to diversify its offerings and deploy financial products for farmers and retailers.

Tazah claims to have realised a high rate of month-on-month customer retention, with many users being return customers and exhibiting a subscription-like ordering frequency very rarely seen in other industries.

Mohsin Zaka, Co-Founder of Tazah, said: “Our experience of leading large national teams and growing complex marketplaces has helped us tremendously in quickly scaling our business and building the capability to manage multi-city operations. We have also built a very strong founding team by acquiring the best talent from different industries.”

Ankur Nagpal, Founder of Vibe Capital said, “It’s inevitable that this business should exist. It’s a very inefficient supply chain at the moment, and Tazah streamlines it.”

“The company is growing really fast and on track to hit eight figures in annualized GMV in the next couple of months and that still represents a very small percentage of the overall market. What we are most excited about is the ability to build additional products (particularly financial products) for this market. For instance, Tazah is in a great position to start extending lines of credit to their business buyers that they pay off after reselling the inventory,” he said.

The Federal government will present the next fiscal year budget on June 10, 2022. The document states that the Prime Minister has been pleased to...
Read more
TECH

Dubai-headquartered fintech YAP, a neobank driving digital banking in the Middle East, Africa and South Asia, announced today that it had been granted an...
Read more
HEADLINES

Pakistan has estimated the Gross Domestic Product (GDP) growth in the range of approximately 6 percent for the current fiscal year with the major...
Read more
TECH

Pakistan’s electric mobility startup ezBike plans to commence sales of electric scooters following a million dollar raise in a pre-seed round.  The pre-seed round was...
Read more
- Advertisement -