Has the FIA sealed Hascol’s fate?

The company was pinning hopes on a restructuring deal with its lenders, but with the FIA dossier now out, would the banks dare pursue this deal any further? 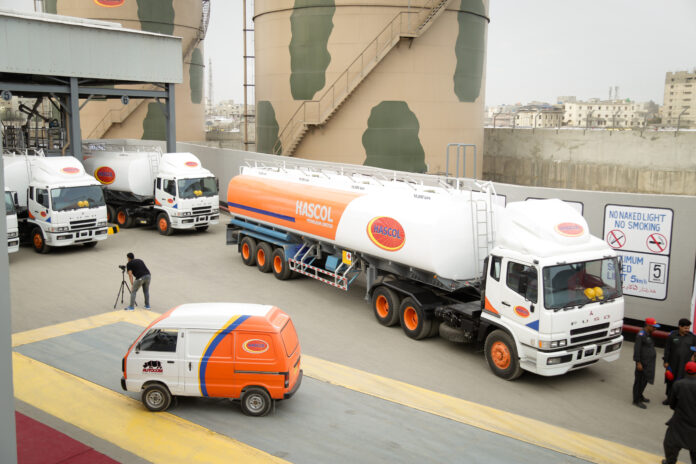 Be careful what you wish for, because you just might get it.

And be careful from whom you apply for a loan, because you just might get it.

The banks exist on a spectrum, really. Three basic categories. The first is the government-owned banks like, most notably, the National Bank of Pakistan. Owned largely by the government, their work culture has also unfortunately resembled the usual sarkari sluggishness. These banks, at least in the past, have by and large been known to not pursue default cases very aggressively, letting borrowers drag default cases upto seven to ten years. On the other extreme are banks like MCB, where the majority shareholders take a more hands-on approach. They take default cases very personally, and are known to pursue the defaulters very aggressively, both legally and otherwise. Third: the approach of the executives of foreign owned banks or of the local ones run by ‘professional’ bankers lie somewhere in the middle. They seem to care about their bank’s money going bad more than the government owned banks, but probably only as much as it reflects badly on their personal performance.

So, it’s simple, then? Even if a business concern isn’t a bad faith actor, they should just try borrowing from the government-owned banks to hedge against any risks in the worst case scenario.

Well, not quite. After years of litigation and using the bank’s money, sometimes business owners want to settle their loans on favorable terms. A favorable settlement here means a discount from the bank on the principal amount owed to them. It’s (usually) bad faith borrowers who want such settlements; banks could have simply seized the assets that had been kept as collateral at the time of the loan. Risk management policies of banks dictate that the collateral has to be a good twenty to thirty percent more than the amount of the loan. A willingness by the bank to settle for anything less than what is owed instead means that the collateral wasn’t exactly worth what it was purported to be.

Private banks, with egg on their face for having been duped, are usually willing to cut their losses and settle. To at least get some amount back.

That, however, is where the government-owned banks might not be as pliant. It’s the government’s money and these bankers would get in trouble for giving write offs on bad loans. And when we say trouble, we don’t just mean compromised careers, we mean stints in the slammer.

If such settlements were prickly for executives in government-owned banks in the pre-NAB era, they are absolutely toxic now.

Okay, so do we have a neat trade-off now? Easier not to pay the sarkari banks but easier to reach favorable settlements with private corporate banks, whose CEOs would be looking to at least boost their recovery KPIs? Shrewd borrowers just need to take a good, hard look at their own circumstances and priorities and decide who to approach for a loan program?

But that’s not where the distinction between the government-owned banks and their private counterparts ends. Yes, the government banks are difficult to reach a settlement with. But a loan restructuring agreement is something they are still more willing to entertain than the private banks. The latter are once-bitten-twice-shy; they don’t want to throw good money after bad. The government bankers are far more receptive to the idea. Anything that still rekindles the hope of getting that original loan bank with interest. Just give the business more money so they can get their business back off the ground, they reason.

It’s again a no-brainer. Borrowers that want their loans restructured – and not settled – should definitely go for banks like the NBP.

A no-brainer, then? No tradeoff?

Actually, there is. And quite a big one. Because if state agencies like the FIA and NAB get involved in the investigation process – whether it is following a tip-off or if the discrepancies in numbers are large enough to initiate an external enquiry – the borrower has had it. These agencies don’t care much if a private bank is duped, but it’s a different ball game when it comes to the ones owned by the governmnet. When the FIR speaks of “loss to the national exchequer,” every word falls like a heavier axe than the last.

Take the much-publicised case of Hascol. The OMC has accrued a debt of more than a whopping Rs 54 billion. There do seem clear signs of foul play on the OMC’s part. The makings of the fraud seem, prima facie, of the commonplace variety. Assets overvalued, profit numbers exaggerated, some domestic LC facilities misused, all to get more loans than the company would on merit qualify for. Apparently all of this is not too uncommon in the corporate and commercial banking scene in Pakistan.

To cut a long story short, since the collateral, it now transpired, was much less than what the books suggested, some banks were keen to cut their losses and look into some sort of settlement. That, as discussed above, wasn’t an option for NBP, which was more open to a debt restructuring program. Unfortunately for some of the other banks, it was the NBP that led the consortium of banks that was negotiating with Hascol. And more unfortunate still, that Hascol itself only offered a restructuring.

That said, a very good case can be made for giving Hascol a second lease of life. In fact, the banks that had agreed to the financial restructuring had done so only after a senior oil industry professional had conducted a detailed business feasibility study and given a positive post restructuring outlook.

“Under (a) restructuring agreement, short-term expensive debt is replaced by long-term debt, affordable debt and some new equity,” the company said in a notice sent to the Pakistan Stock Exchange.

Chairman Alan Duncan was similarly optimistic: “I believe we are making good progress in doing so, and I am pleased to be able to explain some of the steps we have taken over the last few months.”

Duncan’s sunny disposition would seem misplaced when the feds, as it were, got involved.

The FIA’s Commercial Banking Circle has registered a case against 30 individuals including former – and some current – executives of the NBP and Hascol. The CBC’s claims, in very definitive language, to have found evidence of bank default, financial fraud and money laundering.

It is a cautionary tale on the perils of borrowing from the nice, obliging government-owned banks all while flying too close to the sun, in terms of size.

You see, Hascol had the banks by the proverbial. With the forced sale value of the collateral much lower than the owed amount, it had all the leverage. And it was about to get its way into getting the banks to sign, that some claim, was a fairly one-sided restructuring deal. Private bankers, while speaking to Profit, spoke of the inevitability of such a new lease of life for the OMC.

The same bankers say that can’t happen now because of the FIA’s scrutiny and a declared loss to the NBP “and to national exchequer.”