The West each day continues to buy hundreds of millions of dollars worth of resources from Russia, indirectly financing the Ukrainian crisis. 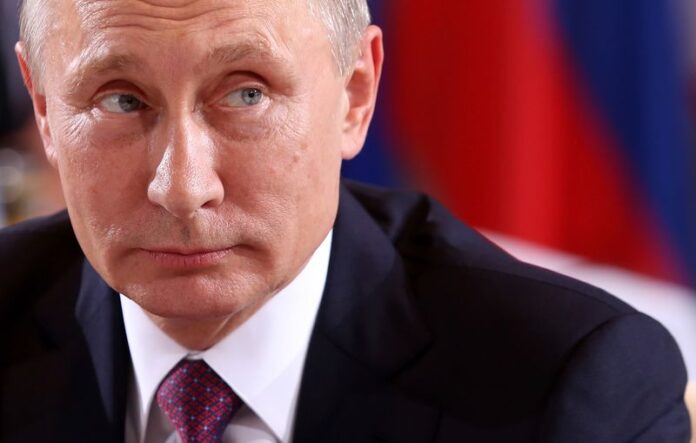 In the 24 hours after Vladimir Putin signed a decree recognizing two breakaway Ukrainian territories, the European Union, the U.K., and the U.S. bought a combined 3.5 million barrels of Russian oil and refined products, worth more than $350 million at current prices. On top of that, the West probably bought another $250 million worth of Russian natural gas, plus tens of millions dollars of aluminum, coal, nickel, titanium, gold and other commodities. In total, the bill likely topped $700 million.

And that’s the way it’s going to be — at least for now. The U.S. and its European allies will continue buying Russian natural resources and Moscow will continue shipping them, despite the biggest political crisis between the former Cold War warriors since the collapse of the Soviet Union in 1991.

Both sides are aware of the contradictions. The West knows that commodities are a cash cow for Putin, fueling his imperial ambitions thanks, in great part, to ultra-high oil and gas prices, but the allies are also aware of the economic self-harm of cutting imports to zero. For its part, the Kremlin may be tempted to weaponize its natural resources — which could trigger blackouts in Europe. But it also knows commodity exports are its own economic lifeline.

It’s the commodities market version of the Cold War doctrine of mutual assured destruction, or MAD.

With other adversaries — say Iran or Venezuela — the White House has been quicker to use oil as a geopolitical tool. As a result, both Tehran and Caracas cannot sell oil legally in world markets, not just into the U.S. However, Russia remains free to ship its oil into America; and the U.K. continues to buy Russian diesel, too.

At this point, neither Moscow nor the U.S. and its allies have an economic, political or military interest in weaponizing oil, gas and other natural resources. However, I must emphasize “for now.” The initial round of Western sanctions —  and the reaction from the Kremlin — was a reflection of that current posture.

The European Union and the U.K. targeted five medium-sized Russian banks, accusing them of helping the Kremlin’s campaign. But they left untouched the three state-owned giant lenders that are key for the commodities trade: VTB Bank PJSC, Sberbank of Russia PJSC and Gazprombank JSC. Putin did the same, telling an industry conference — the day after recognizing the breakaway republics — that Russia was planning “uninterrupted supplies” of natural gas to world markets.

The fears of the Kremlin cutting the gas supply remain simply that: fears. Any military trouble remains confined to the two breakaway territories, which are far away from the mighty Russian oil and gas pipelines that crisscross Ukraine from East to West: Druzbha, Soyuz, Progress and Brotherhood. The company that operates the gas pipeline network of Ukraine tweeted: “Keep Calm & Transit Gas.”

The biggest casualty has been NordStream 2, the Kremlin-backed gas pipeline connecting Russia directly with Germany under the Baltic Sea. Berlin halted the administrative approval process for the pipeline, in effect putting the project on ice. Tellingly, however, it did not impose sanctions on the pipeline itself. In any event, NS2 — which hasn’t started operations — was unlikely to be approved before the summer. Berlin did not take any action on NS2’s sister pipeline, NordStream 1, which follows exactly the same route, and has been pumping gas for several years. Why not? NS2 is empty; NS1 is full.

While NS2 is a cause célèbre for many politicians, its importance lies in diplomacy rather than the energy market. For Berlin, halting the project sends a signal to the Kremlin without affecting current German natural gas supply. For its part, Moscow doesn’t need NS2 if its sister is at full capacity. Indeed, Gazprom, the Russian state-owned gas giant, hasn’t sent a single molecule of gas through its other pipeline — the Yamal-Europe, which traverses Belarus and Poland — since late December.

We may soon see Gazprom boosting its gas supplies to Germany and the rest of Europe. Current spot gas prices are higher than the average of February-to-date, a situation that may prompt European utilities to maximize their Gazprom supply contracts from March 1st. If that’s the case, Europe may see an ironic situation: simultaneously higher political tension and higher flows of Russian gas.

It’s another sign that both sides have an interest in keeping commodities out of the battle — for now.

Another blow to local governance

If the FBR is found to be taxing property, it will go against the spirit of the 18th amendment, and weaken the struggle for local governments
Read more
FEATURED

Despite its great capability, Pakistan’s food security is hanging by a thread. Profit identifies key indicators of the systemic problems our agriculture faces
Read more