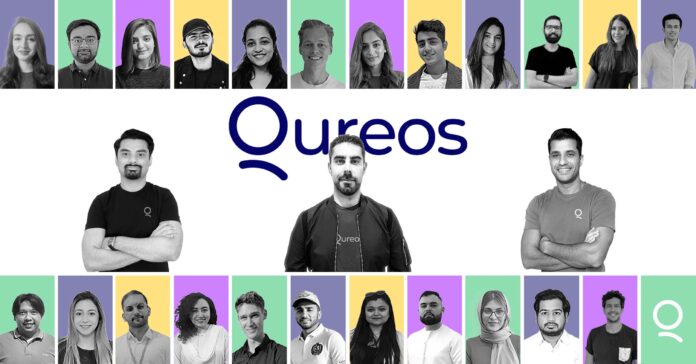 UAE-based Qureos, which calls itself an edtech and future of work marketplace, seeks entry into the Pakistani market after their pre-seed fundraising.

Founded in August 2021 by Alexander Epure, Mehrad Yaghmai and Usama Nini, Queros started off to accelerate careers by making mentorship more accessible. According to a company statement, it received validation at Dubai Future Accelerators to solve the skill gap in the transition from campus to the workplace and in between jobs.

“The problem is not that talent does not exist. What we believe in is that there is no dearth of talent but it is not optimised,” says Usama Nini, co-founder of Qureos. “The three things that a graduate or someone who is switching careers needs are merit, a good network and experience,” he says.

Qureos says that it has set out to solve these three problems through experiential learning from mentors from Google, PayPal and Cisco type of bigwig companies on the platform. The learning is based on a case-study method, giving the ability to apprentices to implement academic education in real world scenarios, making Qureos an edtech startup.

Social media management, product management and content marketing are some of the skills Qureos teaches on its platform. On the other hand, businesses that have subscribed to Qureos services recruit these apprentices based on their requirements, making it a hiring marketplace.

The imparting of experiential learning improves a candidate’s chances of success for a job, and reduces the burden for businesses that comes with continuously looking for candidates with the right skills.

While it only connects businesses with prospective candidates for employment, it plans to manage payrolls and other services for its clients in the near future.

In a question by Profit, the startup did not give a definitive answer to what the success rate of recruitment on the platform was. Usama said that they did not actively track the success rate because Qureos is only responsible for making the talent pool available for companies to recruit from.

“It’s their discretion afterwards to recruit or not. It’s between the businesses and apprentices there onwards,” says Usama.

According to Qureos, it has been able to grow substantially because of the network effects of the platform. It claims to have more than 25,000 apprentices in more than 130 countries and works with businesses such as Agility, Roche, Polygon and DHL.

The startup makes money through a subscriptions-based model for apprentices and businesses. Mentors on the platform are paid for their services, with a cut for Qureos for connecting them with apprentices.

With the fresh funding, the startup eyes expansion into Pakistan where it will be actively onboarding businesses to enable them to recruit apprentices. “Qureos plans to invest heavily in the country to create one million learning opportunities and facilitate over 100,000 jobs within the next 3 years,” read a statement from the company.

“With 29 per cent of the population between the age of 15 to 29, Pakistan is an ideal country to focus on in-line with the company’s mission to accelerate 100 million careers.”

Qureos also plans to expand its team in Pakistan where over 50 per cent of the company’s current workforce resides. It plans to use this investment to build product-led operations and expand its remote-first team with a focus on hiring talent for their offices in the UAE, Pakistan as well as India.

“Simultaneously this platform provides a fantastic opportunity for highly skilled individuals to directly monetize their knowledge base, compounded by distinct network effects, and for companies to access high quality and motivated pool of talent.”