$15 million pumped into the B2B startup by Veon Ventures, whose parent company owns Jazz in Pakistan 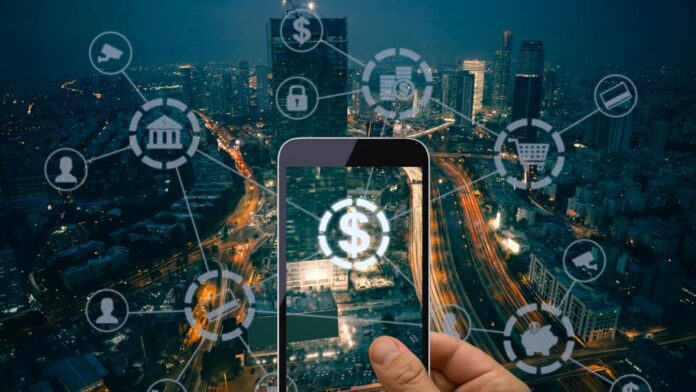 Dastgyr has earlier announced a $3.5 million seed raise in 2021, and a $500,000 investment in an angel round in 2020, bringing the total raise announced by Dastgyr to over $41 million. In this round, VEON invested $15 million which is its largest investment in a startup in Pakistan.

Dastgyr was founded in 2020 by Muhammad Owais and Zohaib Ali after their departure from Airlift when the pandemic hit. Dastgyr connects kiryana store owners to manufacturers, wholesalers, and distributors through a marketplace model, and also operates its own warehouses from where it serves retailers directly.

Dastgyr has since moved into new categories like construction and building material, and started the buy-now-pay-later service last year.  The startup claims to have grown 300% since its last funding and added more than 42,000 retailers across five cities.

Dastgyr’s marketing and communications head, Saif Ali told Profit that the target for the raise was $31 million, and that the round was oversubscribed to $37 million. According to information available with Profit, Dastgyr had been in the process of raising this round since before December of last year.

Saif further disclosed that $25 million out of the total funding is equity raised whereas the remaining has been raised as a convertible note. The startup did not share any documents to confirm the funding amount.

The new funding is going to be used to develop the tech stack and enable new features, as well as for countrywide expansion.

B2B players like Dastgyr started out to digitise neighborhood kiryana stores but have been claiming that the universe they could serve was 2 million retailers. Whereas there are about 850,000 kiryana stores in Pakistan, according to the Pakistan Bureau of Statistics.

There are retailers in other categories too, for example pharmaceuticals and garments. All-inclusive, Pakistan’s number of retailers overall is 2 million.

Why does Dastgyr go around saying 2 million retailers even when it only served kiryana stores? Because it eventually plans to move to other categories as well. It has recently moved into construction and building materials where its competition is Tiger Global-backed Zaraaye.

However, market research startup SurveyAuto CEO Dr Umair Saif has contended the number of retailers B2B startups claim to have onboarded is pretty less than what they claim. In a tweet, Saif cited a survey conducted by SurveyAuto to map the kiryana stores in Pakistan for SurveyAuto’s own research for FMCGs, and the findings were very incongruent with what B2B startups have been claiming.

The B2B startups in Pakistan don’t seem to be making a lot of progress. Some of these companies have raised large funding rounds … pic.twitter.com/zBNNWoNmeE

According to SurveyAuto’s research, out of the total 850,000 kiryana stores in Pakistan, less than 20,000 of these retailers use B2B apps like Dastgyr, Bazaar, Tajir, and Retailo. Dr Saif’s tweet has since raised eyebrows about the authenticity of claims made by B2B startups when it comes to the number of retailers served by these startups.

Retailo claims to be serving 50,000 retailers, though it has operations in Saudi Arabia as well. Jugnu on the other claimed it its latest funding announcement that it was serving 30,000 retailers.

There are other speculations too that B2B players like Dastgyr position themselves as a marketplace when they in fact operate like retailers.

Dastgyr says it operates as a marketplace where kiryana stores can order goods from FMCG brands which are then delivered to these stores by Dastgyr, and also operates warehouses from where they deliver directly to customers.

Saif says that majority of their operations (90%) are based on a marketplace model where they take orders from and only 10% is done as a retailer. “There are some items that have to be warehoused. There are SKUs which are high running, there is volatility and price arbitrage. High running and high margin items are stocked but the core model is run as marketplace,” says Saif.

Dastgyr investment is VEON Ventures’ largest investment in a Pakistani start-up which can open up many possibilities for collaboration. Though Saif said that their plans are not certain as to what they would actually be doing together.

On the other hand, Atyab Tahir, the CEO of JazzCash says that the “possibility really is that we are a digital financial services enabler in the market and when we talk about digitsaition of cash in the economy, there is a large chunk of cash that SMEs have. The outreach Dastgyr is trying to build, we can be their embedded financial services partner.”

To put it simply, for now, Dastgyr would have access to a large merchant base of Jazz and JazzCash to onboard them for eCommerce services. Wherever Jazz or JazzCash has an outreach, to couple with the merchant and agent network that Jazz and JazzCash have to be able to digitise the underlying financial services. We will enable the underlying digital payments, and Dastgyr will provide B2B eCommerce services to them,” says Atyab.

“Pakistan’s start-up ecosystem is at a critical juncture and only startups focused on addressing key challenges and adopting localized solutions will survive and thrive,” said Aamir Ibrahim, CEO of Jazz. “This investment highlights VEON’s commitment to scaling up Pakistan’s digital economy and provides Dastgyr with a platform to build synergies with Jazz’s subscriber base of around 75 million and with JazzCash, further integrating the startup into Pakistan’s fintech ecosystem.”

The general perception among these startups is that the size of the pie is big enough to accommodate everyone and right now, everyone is bringing retailers to digital platforms, and no one is in direct competition with each other right now.

On the other hand, traditional distributors have also realised the need for digital services and have started rolling out their own apps. One of Pakistan’s biggest FMCG distributors, Burque Corporation, for instance, has rolled out an app called Raftaar for retailers, similar to these B2B startups for order taking.

Saif agrees that the competition is fierce and this will lead to consolidation. “This is the trend we have seen in emerging markets as well example of which is African right now.”