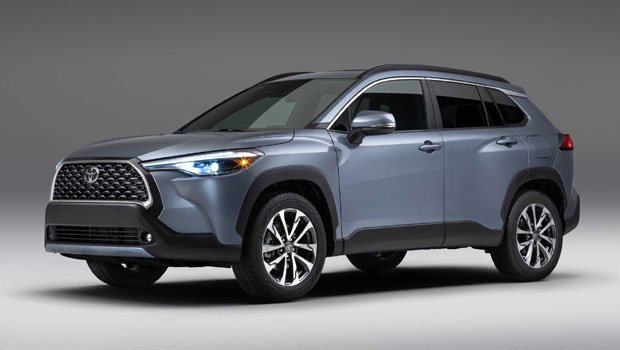 LAHORE: The staff at the Toyota Indus Motor Company’s (IMC) stall at the Pakistan Auto Show 2022 on Friday hinted at the potential date for the Corolla Cross ckd edition, saying that the expected launch window is late 2023 or early 2024 as the production plant for the automobile is still being prepared whereas the expected price will be Rs10,000,000.

The Corolla Cross currently retails between Rs12-13.4 million depending upon which variant a customer purchases. The expected figure of Rs10,000,000 is not only an immediate relief given current prices but also given that automobile prices may increase even further based on the current trajectory. IMC may be able to achieve the Rs10,000,000 price tag if not a price lower to that due to the duty relief automobile manufacturers get on the import of components for automobile parts.

The import of components for hybrid automobiles are subject to only 4% customs duty per the Auto Industry Development and Export Policy (AIDEP) 2021-26. This is in comparison to their combustion engine counterparts whose components are subject to duties upwards of 50%.

The Corolla Cross was announced earlier this year by IMC alongside IMCs revelation that it had committed $100 million in Pakistan for the endeavor. The Corolla Cross is likely to take aim at the KIA Sportage and the newly announced Honda HR-V alongside the myriad of competitors in the CUV market.

The IMC representatives were confident that the Corolla Cross would neither cannibalize sales of the Corolla nor Fortuner, and would hit the ground running in terms of success. It would be premature to make any assumptions on those claims. However, it is likely that IMC has sufficiently differentiated the markets for prospective sedan and suv buyers through its pricing with the highest variants of the Corolla and the Fortuner now having a price difference of Rs9.6 million.

The Corolla’s current price of Rs6.1 million provides IMC with leeway to increase the price just a bit further and still be able to introduce the Corolla Cross at the expected Rs10,000,000 to sufficiently differentiate the two on price alone.