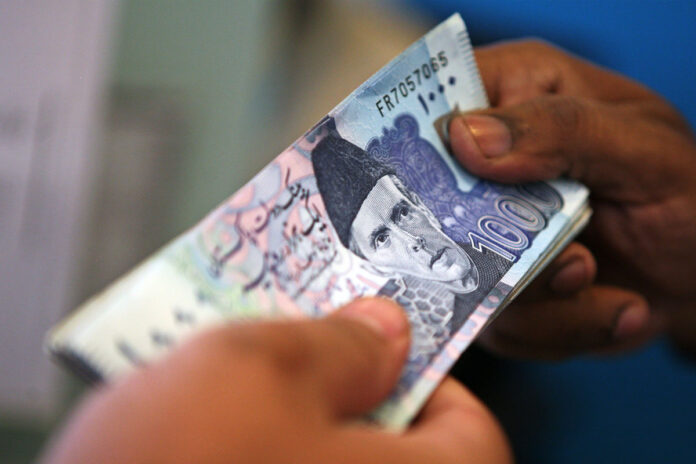 Karachi: The local currency in the last week gained by Rs 15.3 in the interbank market against the US dollar.

According to the weekly currency report issued by the State Bank of Pakistan (SBP), an increase of 6.40 percent was recorded in the PKR’s value against the US Dollar. The Greenback dropped from Rs 239.37 to Rs 224.04 in the interbank market in the last week.

However, the local currency gained by Rs 26 in the open market and settle at Rs222. The highest rate of the USD against PKR was recorded at Rs248 while the lowest was Rs222.

The EURO dropped by Rs26.50 against the PKR and settled at Rs226, while the price of the British Pound fell by Rs30 in the week.