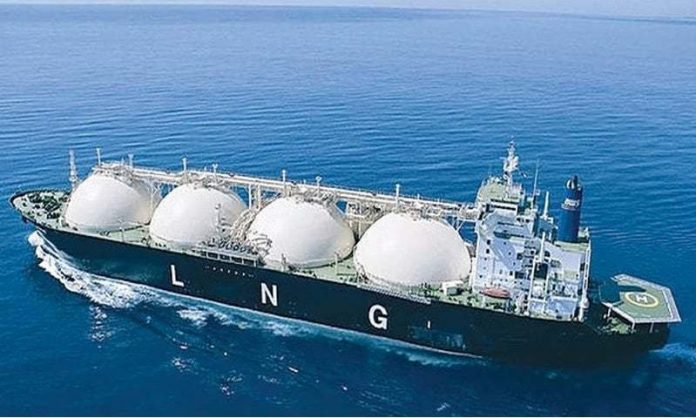 ISLAMABAD: The Oil and Gas Regulatory Authority (OGRA) on Monday slashed the prices of Re-gasified Liquefied Natural Gas (RLNG) on networks of the SSGCL and SNGPL by up to 2.92 per cent for the current month.

According to the details, the authority has decreased the price for the consumers of SNGPL by $0.5107 MMBTU which is 2.92 per cent lower than the price in July. After the cut, the price of RLNG will go down to $16.9496/MMBTU for August from $17.4603/MMBTU during July.

Similarly, the price for consumers of SSGCL has been reduced by $0.4792/MMBTU which is 2.67pc less than the previous month’s notified price. After the reduction, the price of imported RLNG will go down to $17.4783/MMBTU for August from $ 17.9575/MMBTU during July.

According to OGRA, a total of six LNG cargoes were imported by Pakistan State Oil (PSO) under two long term contracts with Qatar while Pakistan LNG Limited (PLL) procured one LNG cargo during August. The main reason for the decrease in RLNG prices in August is because of the procurement of only one expansive LNG cargo under the spot purchase. Under long two term contracts with Qatar, PSO is procuring LNG at 13.37pc of Brent and 10.20pc of Brent crude.

The decrease in rates will also reduce the cost of electricity generated from RLNG based power plants during August.