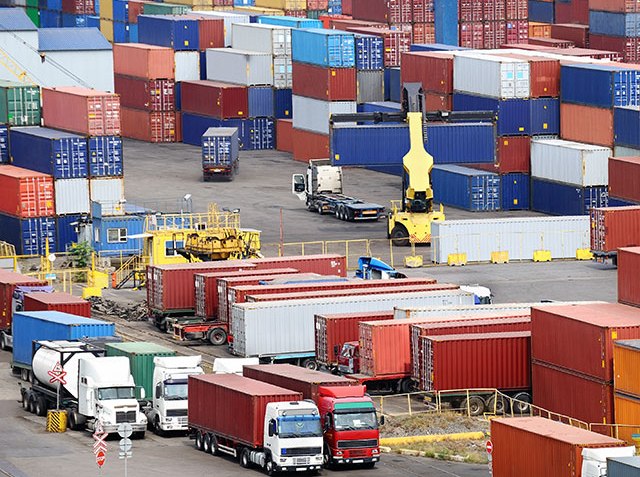 ISLAMABAD: Around 2,000 containers of non-banned items have been stuck at ports for the past over two months even as the incumbent government has started easing out restrictions on imported items after a strict control over for over two months, Profit learnt on Monday.

According to importers of machinery and engineering goods, hundreds of containers with different items including power generators and other electrical machinery and apparatus etc. are not being cleared from the Karachi port due to the need for clearance from relevant institutions.

They informed that issues over the release of imported items had begun following the circular of State Bank of Pakistan issued on May 20 with regard to curtailing imports.

However, when contacted, officials at Customs stated that there was no issue on their part as importers have to obtain all required approvals from other agencies, including the SBP.

Earlier, Minister of Finance Miftah Ismail was also informed that there are some serious issues confronting the business community due to the delay in shipment clearance of various goods belonging to the essential items category. The community had lamented that the backlog at ports was causing extensive financial damage to traders.

With the dollar experiencing fluctuations daily, trade bodies throughout the country had urged the government to take immediate steps to maintain the balance between supply and demand in the country and to save industries from coming to a standstill.

Miftah was informed by various trade bodies that the situation has arisen due to a circular issued by SBP adding solar panels, inverters, and batteries to the updated list of products for which “prior permission” will be required when opening LCs for the import. Besides, this circular also expanded its coverage to all items under HS codes, 84 and 85, which also includes computer hardware items.

Meanwhile, the Federal Board of Revenue (FBR) on Monday shared a statutory regulatory order (SRO) through which the tax body notified all designated chief collectors to coordinate with terminal operators and shipping lines to provide relief to importers whose consignments are stuck at ports.

The concerned officers will now assist importers suffering due to regulatory changes and approvals needed by the Ministry of Commerce (MoC), State Bank of Pakistan (SBP), Pakistan Standard & Quality Control Authority (PSQCA), and Federal Board of Revenue (FBR).

It is pertinent to mention here that importers can approach the concerned collectors to get delay and detention certificates for a partial waiver of charges. In case of any issues, the chief collectors may be contacted.

As a result of the issuance of SRO 598(I)2022 dated May 19, a large number of consignments were held-up at different ports and land Customs stations across the country. Recently, after the issuance of Office Memorandum F.No.2(5)2021-IMP-III dated July 22 issued by the MoC, the clearance of such held-up consignments has begun.

As these consignments were held up for a long time, therefore, heavy demurrages and container charges have accumulated against these shipments at the concerned ports where they were held up.

Consequently, the clearance process of these consignments is extremely slow-placed, and the relief given to the traders by the government is yet to be properly utilized. Further, reports have been received that apart from the above-mentioned SRO, many other consignments have been held up due to obtaining requisite approvals from different regulators, including MoC, SBP, PSQCA, etc.