Manufacturers irked over need for TCP’s approval to import DAP 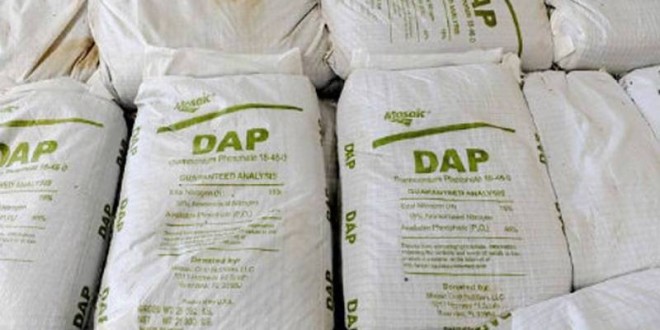 ISLAMABAD: Fertiliser manufacturers on Tuesday criticised the government’s decision to regulate di-ammonium phosphate (DAP) import by making the Trading Corporation of Pakistan’s (TCP) approval necessary in this regard, fearing that the regulation will undermine efforts to attain self-sufficiency and discourage new investments in the country.

According to details, in a letter to the Ministry of Commerce, the Fertilizer Manufacturers of Pakistan Advisory Council (FMPAC) has said that bounding them to seek an approval for an import without consulting stakeholders is a dismaying situation for the fertilizer industry which has been ensuring timely availability of fertilizers through competitive bidding for over a year.

FMPAC Executive Director Sher Shah Malik said that it is important to examine the implications of the proposal for the supply chain to avoid unnecessary complexities. “The intervention of TCP in fertilizer imports will have damaging consequences for both farmers and the domestic industry besides having a significant impact on the economy and food security at large,” he added.

Manufacturers have warned that while the intervention will lead to product shortage in Pakistan, the proposal of a brokerage fee by TCP will ultimately be passed to the end users by international suppliers.

According to FMPAC, Pakistan’s average DAP annual off take is around 2,000 kt per year. This is supplied through 800 kt of local production and 1,200 kt of import. As per current exchange rates, it is valued around $1.2 billion per year.

At present, 11 importing companies which include urea manufacturers, importers and few dealers are importing of DAP. It may be noted that domestic prices in the country are directly linked to international prices and rupee-dollar parity which frequently varies throughout the year. The imports are executed at competitive prices and on need basis in line with a comparatively narrow application window.

Under the current import model, Pakistan has never experienced a DAP shortage. Regular and timely imports have always ensured product availability to farmers while promoting the use of balanced fertilizers. Data for the past decade shows that the fertilizer industry carries significant DAP stocks throughout the year, over and above buffer stocks. This has a significant carrying cost which is currently borne by importers.

Manufacturers have requested the government to refrain from going ahead with the regulation of DAP import in the national interest to ensure that farmers can get an uninterrupted supply of the fertilizer throughout the year.