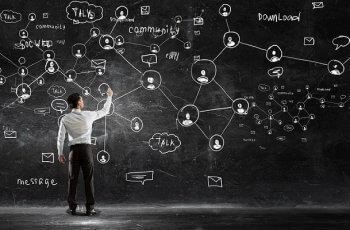 An ill-defined and oft-abused word in the startup ecosystem is blitzscaling. Earlier this year,
Airlift shuttered its doors, leading to the inevitable questions about the effectiveness and
relevance of blitzscaling in in Pakistan. So, this article discusses:

Blitzscaling — a term first popularized by Reid Hoffman — means prioritizing growth above all costs for a startup (and has nothing to do with the Wehrmacht). And the costs are plenty. Aside from the predictable cash burn — often no more than handing out money to customers — such companies may cut back on the quality of hiring processes, operational efficiencies and building out internal checks and balances in the pursuit of scale.

Why would a company do this?

Because in some industries, there are no prizes for being the second or third largest player.
Such industries gravitate towards a natural monopoly or a duopoly structure. The trick is figuring out which industries have those fundamental microeconomics. Indeed, if one were to spend millions of dollars to blitzscale in an industry that gravitates towards allowing multiple players, the only predictable result is that everyone loses money, and some companies go out of business.

What are the conditions necessary for blitzscaling?

Note that I’m not going to talk about product-market fit, or operational scalability, which I do not consider linked to the microeconomics of the business and industry, but are still essential preconditions for successful blitzscaling.
Now, let’s go through each in turn.

Network Effects
Network effects come in many different forms, but they all fundamentally confer an increasing — ideally exponential — advantage to either the utility for consumers on that network or towards cost of production with scale. For instance, the value of something like Bitcoin is proportional to how many users it has.

Here’s a more comprehensive description of the types of network effects by NFX.

There are two important aspects to explore with network effects:

(i) What’s the basis for these network effects? Is it a physical network? Does it provide a
platform for other businesses? How may any of this get disrupted?

(ii) What form do the network effects take? Are they primarily marginal cost reducing or
marginal utility enhancing?

Without high gross margins, tech companies won’t be able to invest in the consistent product improvements and engineering updates that they need to entrench themselves as a business, and sustain value creation. In fact, low gross margins and high engineering expenses are usually a recipe for rapid bankruptcy. There are exceptions of course: Amazon is the one that comes easiest to mind, but remember that it’s not the retail arm that drives the core of its revenue. Rather, Amazon Web Services is the high-margin, revenue-generating product that drives the base of Amazon’s valuation.

How do we know if blitzscaling is working?

Most companies want to scale aggressively after they raise a seed or Series A round, and their rationale for rapid scaling is predicated on the blitzscaling framework. So, how does an investor decide if this is a true blitzscaling opportunity? Here’s one framework:

Let’s use Airlift 2.0 (i.e., Airlift after its q-commerce pivot) as an example. There were two
possible sources of network effects — at least in my understanding — with that business model:
(i) at scale, customers would only need to go to one place to order any kind of groceries or small durables; and (ii) scale would allow Airlift to negotiate better prices with suppliers. The two also supplement each other: greater variety and inventory availability, which drive consumer utility, are linked to the ability to negotiate favorable supplier terms.

The first bit increases expected utility for users, and the second bit reduces marginal costs.
Ideally, the evidence should have presented itself as increasing order values from the same user, and lower costs of goods sold with scale.

Step 2: Is the market size large enough for network effects to kick in?
This is a tricky one since it depends on the definition of “market”. With Airlift, is the market
everyone who cares about very quick delivery? How many such users would there be in
Pakistan? Is the country even the right unit of analysis or should one look at city-level or
neighborhood-level?

Obviously, larger markets provide the opportunity for greater network effects, and competitive moats. But such analyses need to be tempered with the correct unit (geographical or otherwise) for network effects.

Step 3: What are gross margins and costs of distribution?
Investors expect marginal costs of distribution to decrease with scale. This is easier said than done. It’s easiest if the product is pure software, but any startup that involves moving stuff from one place to another is at least partially a logistics business, where marginal costs may not decline with scale. Gross margins need to be high, or at least increasing. Here’s a rubric for cloud-based companies by Bessemer. This is also where definitions of the “gross” in gross margins tends to get creative. Granted that there needs to be some room for adjusting the definition to reflect the underlying business, it’s worth digging into how that number is calculated.

A final word on blitzscaling in Pakistan

Briefly, while most Pakistani startups can lay reasonable claim to the first bit — with a path
towards creating network effects — sustaining increasing gross margins and decreasing costs of distribution is where most of them stumble. This makes sense because most of them are not pure software companies, but rather use software to drive efficiencies in operations and so there’s a limit to how much they can reduce costs of distribution.