Rupee closes at Rs220.7 per dollar in interbank 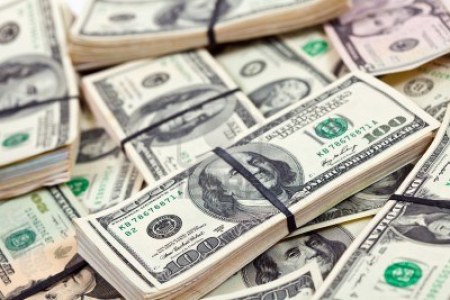 On Thursday, the rupee suffered a depreciation of over Rs1.03 and closed at Rs219.41. The local currency lost 6.01 against the greenback during the week ended August 26 as it depreciated in all five trading sessions.

It may be noted that there is more than Rs8 difference between the rate of dollar in the interbank market and the open market.

Speaking to Mettis Global, Zafar Paracha, President of Exchange Companies of Pakistan (ECP) said on Thursday, “The notable difference of Rs8.5 between the rates being offered by the interbank market and open market indicate the element of smuggling.

He said most citizens were not currently selling their foreign exchange holdings in the open market, as “a strong grey market” had emerged, which was buying the dollar at a much higher rate of Rs235 while “we are buying at 227.50”.

The money dealers have cited dollar’s flight to Afghanistan as the American currency is being sold there for about Rs240, attracting smugglers to earn profit.

Besides this, the dearth of dollar has also been attributed to the newly enforced law by the UAE for Pakistani travelers who are required to have 5,000 dirhams along with a valid work visa and a return ticket at the time of their landing in the gulf country.

As there is high demand for the UAE dirhams in the open market and when the buyers can’t get it, they start buying the US dollars thus increasing its rate in the market.

Some forex dealers also hold government responsible for this mess saying that its decision to lift ban on the import of luxury items is also contributing to the appreciation in the value of American currency.

Meanwhile, the total liquid foreign exchange reserves held by the country decreased by $92 million to stand at $13.5 billion during the week ended on August 19, 2022, compared to $13.6 billion in the previous week, weekly data released by the State Bank of Pakistan (SBP) on Thursday showed.

Data further revealed that reserves held by the central bank during the week went down by $87 million to clock in at $7.8 billion compared to $7.9 billion in the outgoing week.

On the other hand, reserves of commercial banks dropped by $4 million to $5.7 billion.

It is important to note here that the current level of foreign currency reserves is barely enough to cover 1.11 months of import bills.