The mechanics behind the panadol shortage

Raids, hoarding and over regulating — You probably need a Panadol to figure out what’s going on. 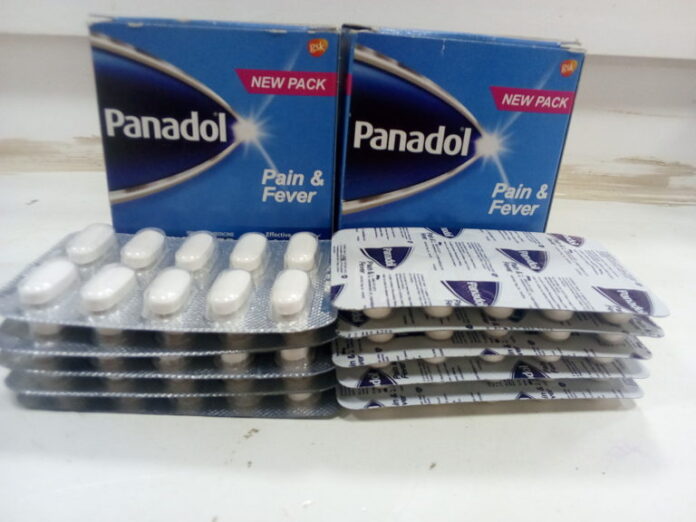 Every time Ahmed visits his mother’s house up north, he makes sure to pack some treats from Islamabad that aren’t easy to find in the isolated area where she lives. On most visits, he packs her bread from her favourite bakery or other snacks and trinkets that are hard to come by in more rural settings. You can find most essential items even in smaller towns and cities, but it is the little luxuries that evade you.

This time, however, his mother made a curious request: Panadol. Surprised to hear that she could not find something as basic as paracetamol from the local dispensary, that was the first time Ahmed realised that Panadol was short in the market across different cities in Pakistan. In fact, the shortages had hit nearly two months ago and have only worsened over time.

These are the sorts of little moments that mark the shortage of a drug like panadol. While it is not life-saving in most instances, it is a critical over-the-counter option and its unavailability has resulted in speculation that not only have pharmaceutical companies reduced or stopped their production of certain drugs but may also be hoarding stores of these medicines to jack up the prices by force. The latter theory has gained particular favour among some since a DRAP raid that uncovered a large store of panadol at a factory. Of course, to understand what is going on fully we must go back to the root of the problem.

GlaxoSmithKline Consumer Healthcare (GSKCH), which produces around 450 million tablets a month of this over-the-counter (OTC) drug, was assumed to have previously slowed down production citing that it was no longer cost-effective.

Despite Panadol being the brand name for paracetamol, the brand name is often used as a substitute for the generic name; similar to the way people say ‘Surf’ instead of washing powder owing to a strong brand presence.

The Pharmaceutical Manufacturing Association of Pakistan (PMA) notes that the Drug Regulatory Authority of Pakistan had sent a summary to the health ministry recommending a Rs 1 rise in the price of a tablet for all paracetamol. This would bring the price from Rs 1.7 to Rs 2.7. The federal cabinet, however, has rejected the summary.

It is said that the current cost per tablet is Rs 2.31. It is also important to note that there is a 15% mandatory margin applied to the pricing of medicine. Sources claim the producer only makes Rs 1.35 per tablet owing to distribution costs. Production is said to be no longer cost-effective as the prices of raw materials have increased in international markets, whereas the price of the tablets remains low.

Earlier this week, in a press conference, Federal Minister for National Health Services (NHS) Abdul Qadir Patel claimed the essential medicine was available in abundance and the government did not plan to increase its price. He claimed that the drug was not in short supply anywhere in the country.

In a rather confusing move, later on, Patel blasted pharmaceutical companies and blamed them for creating an artificial shortage of key medicine. He warned the companies that their “blackmail” tactics would not work.

Patel’s statements make it confusing – on one hand he’s saying there’s no shortage, on the other hand he’s calling it blackmail and an artificial shortage. “Panadol has been short in the market for a few months. We’ve been selling other brands of paracetamol instead. Some customers, however, are adamant on getting just panadol even though it is a brand name for the paracetamol drug,” says a drug store pharmacist in Karachi.

“Not only is supply short, but demand is also very high. As a result of floods, there is more demand for panadol in affected areas. People in the city are buying here and sending them off with their relief items. However, Panadol is often prescribed during COVID and dengue to deal with pain and fever. We’re seeing more cases of that.”

A case of hoarding or scapegoating?

Jiskani told Dawn, “The seized medicines were being hoarded to sell them at expensive rates in the market,” he alleged, adding that the price of the tablets was estimated to be Rs250 million.

Claims around hoarding were being made regarding the drug owing to the shortage in the local market. Jiskani added that the police have initiated a probe into the incident.

In response to this, GSKCH wrote to the Pakistan Stock Exchange (PSX) in the form of material information. It confirmed that there indeed was a raid at one of their warehouses. The pharmaceutical company also adds that it rejects claims related to hoarding Panadol intentionally to create shortages.

“The stocks at this warehouse were intended to be released and distributed in the country in the normal course of business. As GlaxoSmithKline Consumer Healthcare Pakistan Limited (member of the Haleon group), we are led by our purpose of delivering everyday health with humanity,” said Farhan Muhammad Haroon, CEO of GSKCH in a letter to the PSX.

Haroon adds, “This has been shown through our commitment to the people of Pakistan throughout challenging times. We continue to supply Panadol products in the country and have adjusted our production capacity to ensure some product availability, despite market obstacles.”

Is this a breach of power?

“The powers of a drug inspector relate to monitoring and ensuring the quality of the drug that is in the market. They do not expand or allow for that drug inspector to assume quantities or best economies in a market. They are, after all, a far too simple a position to be some kind of macroeconomic regulator in their personal capacity,” says Abdul Moiz Jaferii Senior Partner HWP Law.

“What’s happened here, and its clear from the seizures memo that they’re trying to draw powers from section 18 (1) (i) on the subsection of that act, Drugs Act 1976.” Jaferii adds, “The language of the act clearly empowers the drug inspector, to enter, monitor and inspect, an area where drugs are warehoused, but clearly that right is afforded so they can inspect the quality of warehousing, to check for contamination and safety.”

He says that the powers do not provide for a raid to determine quantities. “This is clearly an illegal raid that will not stand in court proceedings, regardless of public sentiment around this.”

So why go through with a raid?

Profit reached out to Haroon to enquire details regarding the shortage and the raid. He declined to comment.

A source working in the pharmaceutical industry, however, explained that this wasn’t even buffer stock. “I don’t think GSK, or Haleon, needs to hoard 250,000 packs, which is less than one month’s safety stock. As per the Supply Chain policy GSK needs to maintain a 30 days safety stock at their warehouse. There were some production constraints for Panadol. As a result, no safety stock was maintained.”

It is a routine practice in the pharma industry to maintain 30 day safety stock at own warehouse and 30-45 days stock at distributor level. He adds that these 250,000 packs were an order from a distributor ready for dispatch by the logistics team, however the raid happened before that could happen. “The drug instructor pulled a PR Stunt and portrayed this stock as hoarding. Which is totally baseless.”

“Moreover, if we talk about logistics of high selling brands, then they do not transport their products partially. So I am sure the logistics team wanted to minimise the transport cost and wanted to transport it in one big container. In short, this is usual day to day practice,” adds the source.

He explains that the production of Panadol was rationalised by GSK, and not completely halted due to the high variable cost. However, whatsapp forwards, and news outlets have been carrying news stating the production had stopped.

It is important to note that any such decisions regarding stopping a major product line are material information and the listed company is required to report it to the shareholders through the PSX. “I doubt the authenticity that GSK fully halted Panadol production. This cannot be true. You’re keeping a whole machine line idle – which is more alarming for the production planning team,” explains the source.

Another source in the pharmaceutical industry agreed with the sentiment that this was not a case of classic hoarding. “Essentially what is happening is that the production of Panadol was scaled back owing to the costs of producing and selling. Because of this reduced supply, GSK had the upper arm in negotiating with the government over a rise in the price of a paracetamol, especially at a time when the country is battling floods, dengue, and ofcourse COVID-19. However, the raid has placed the ball back in the government’s court, by painting GSK as a villain. Both parties were engaged in power moves to get their way,” they said on the condition of anonymity.

There should be no surprise that pharmaceutical industries are not charitable organisations, they are hard core profit making machines in a capitalist environment.

If we take a look at GSK alone, as of 2021, it had a 27.38% gross profit margin, 8.83% net profit margin, Rs 18.23 earnings per share, and Profit after tax of Rs 2,134 billion. Making profit is not a crime. Profiteering, however, is. In this situation, GSKCH, however is incurring a loss on the production of paracetamol.

As a business it makes sense for it to reallocate its resources towards more profitable business sections. However, the real problem at hand like in most sectors in Pakistan is the over regulation.

Drugs in Pakistan are regulated under the Drug Act 1976 and DRAP Act 2012. As a result the sales, storage, and distribution of drugs are regulated at provincial level. The manufacturing, licensing, registration, pricing, import, export, and monitoring of controlled drugs, however, is under the powers of the federal government. The DRAP works hands in hand with the federal government to regulate the industry. This also includes fixing the prices of drugs.

The extent of price fixing was such that in the past, since 2001 there had been a moratorium on price increase on certain medicines. For years, the pharmaceutical industry couldn’t charge prices that were in line with their costs, the depreciating rupee, fuel prices, inflation, and raw material costs. This went on until 2015 when the first ever comprehensive Drug Pricing Policy was introduced.

This, however, hasn’t made things any better. You see, price changes need to be approved by the government before they’re implemented. And despite these pharmaceutical companies out there saving lives, they are also answerable to shareholders not only in Pakistan but around the world.

What this means is that in such a situation, they may have to cut back on supply, reallocate their resources, and sometimes even halt supply. While this may end up in a shortage in the market; it might also help them make a point to the government and get their demands met.

However, public relations and public perception play a strong role too. When the public starts reacting to pharmaceutical companies behaving like the capitalists they are – it often ends up negative.